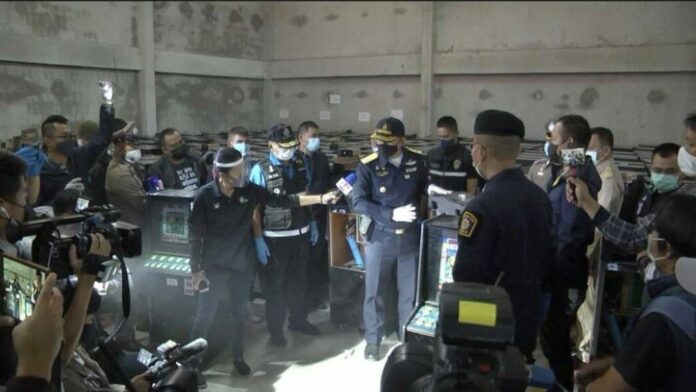 More than 400 slot machines were seized from a warehouse in Khon Kaen province yesterday, January 19th, after reportedly being smuggled from Chonburi province, waiting to be transferred to other areas.

Khon Kaen police officers and forensic science staff, led by Khon Kaen police chief Police Major General Puttipong Musikul, had conducted a search at the warehouse in Mueang Khon Kaen District following a tip-off from a witness who reported the incident on a police tip ‘Gambling Report’ group via the Line application. 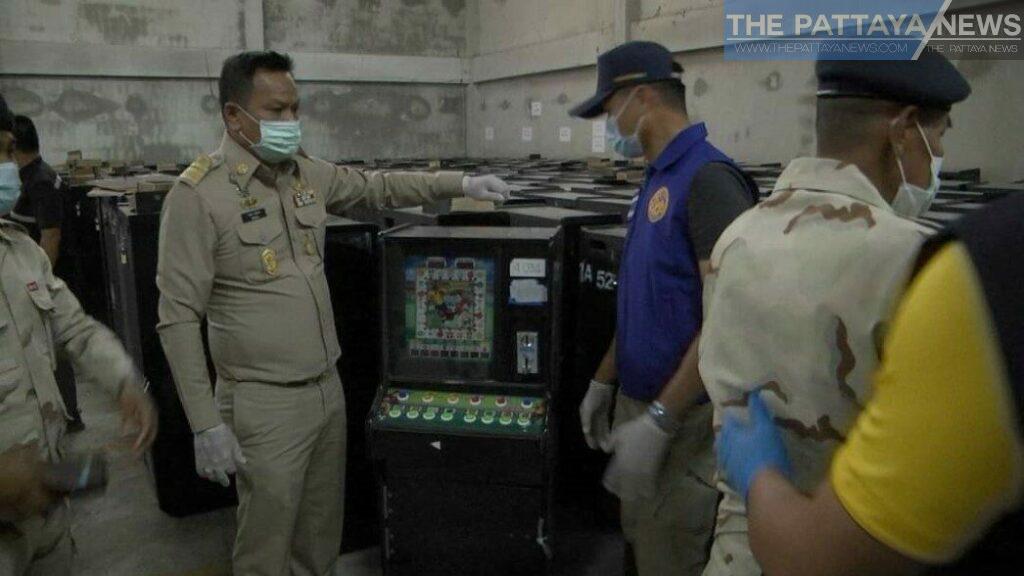 Two suspects were initially caught along with 178 slot machines in Chonburi. Further investigation also revealed that five other pick-up trucks were reportedly carrying a large amount of the machines from the Provincial Police Region 2 area in Eastern regions to the warehouse in the Khon Kaen area.

According to the police investigation, the warehouse was rented for 50,000 baht per month since November and was tightly locked at all times. The officers spent some time cutting the lock before managing to go inside the warehouse. 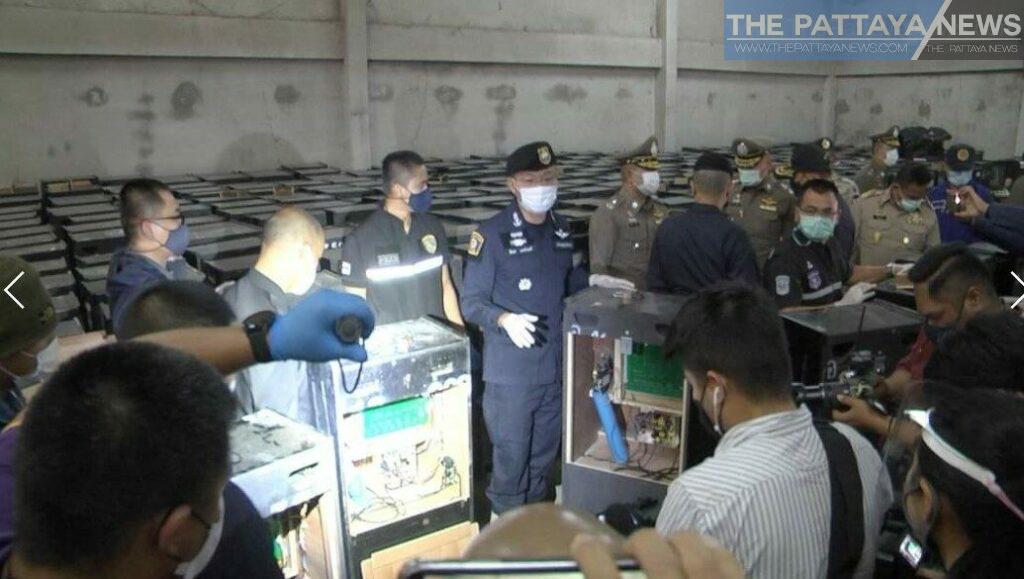 A total of 418 slot machines were found under huge tarps. Police officials randomly examined the machines and discovered that they were fully functional and ready to be plugged in and played.

It is believed that the gambling machines were connected to illegal gambling dens in Eastern provinces, including Chonburi. All of the machines were confiscated and will be used as evidence to track down the gambling proprietors. Police believed many of the machines had been recently moved due to crackdowns on illegal gambling in Rayong and Chonburi following outbreaks of Covid-19 that originated from gambling establishments in the two provinces.