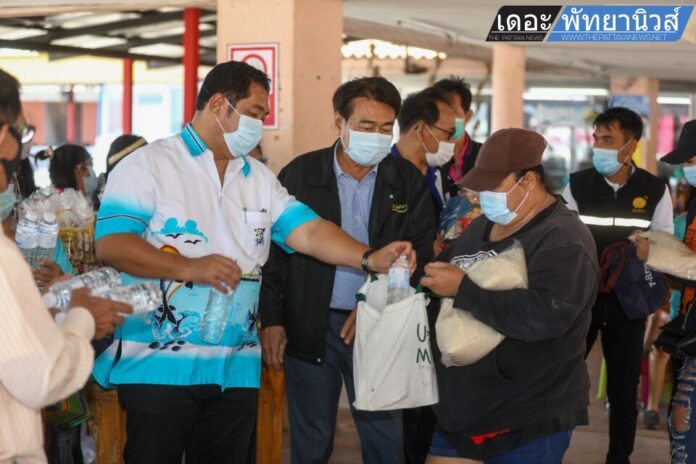 The following is our weekly feature in which we ask our readers a question and then highlight their responses to the community. About a week ago we asked the following question to our community:

Do you have confidence that the Thai authorities will resolve this round of Covid-19 infections?

Your responses were varied and diverse and we selected a few of your responses below, based on diversity of opinion. We also asked some smaller follow-up questions:

Some follow-up questions to consider when you answer this:

Do you think the current more “Governor friendly approach” is working?

Would you support the CCSA taking over with a centralized, but likely highly strict approach?

Do you think financial aid should be given to those who are put out of work due to restrictions and measures, including informal workers?

Do you see any aspects of this current outbreak as a positive, for instance, moving up timelines of vaccines?

If you didn’t get a chance to respond here is how: You can respond here or on our social media pages like Facebook or Twitter or email us at Pattayanewseditor@gmail.com. We will have a new Reader Talkback this weekend.

Let’s hear what you had to say: (thoughts are those of the writer)

Tom E-Consider, it takes some degree of effort to catch HIV but people manage it. TB is transmitted the same as Covid and each year thousands of Thai’s die from TB. There have been vaccines for decades for the flu, but each year between 5% and 20% of the world with the average being 9% catches the flu. Now, what makes any government think that they could not control the spread of those other diseases but somehow they can Covid. Additionally, they tried the lockdown approach once, and obviously, the Covid rebounded. What on earth could give them a reason to think that it won’t do the same this time. Even assuming that Thailand could completely eradicate Covid, then what? Remain a locked, quarantined country going forward until the world is Covid free? Learn to co-exist and manage it.

Michael S-27 million people without income say it all. I have made a prediction that this number will increase unless the government makes a 360, and consider new options – westerners are needed and are of importance to rebuild Thailand, but if they continue to lock us out there will be no change.
From a few million to 27 million within a year – that is totally the wrong direction to follow.
I still do love Thailand, but I hate to see it get totally destroyed.

Mick M-No they won’t because of a certain doctor’s personal crusade to shut down anything to do with alcohol. The first thing shut to restrict spread should be movement of people, making people get travel permission 2 weeks after then event is worthless

Bryan B-They did it before and they can do it again but of course, there will be the same damage to the economy and the public

Ken T-The question may be better phrased as “Do you think the Government will make things worse”. The answer to that question is “Yes” unless stopping all the different Ministers and their Deputy’s making counter statements. They need to have one person talking and not Anutin.  Need one central control point and not ever Governor and local official making their own rules. Just causes more confusion and fear.  Yes, aid needs to be given and quickly. In an earlier announcement, they stated that food giveaways would be banned. That is stupid when people are starving. Use the military to control the distribution with social distancing. Have them work for the people and not against them.

Larry H-I am confident the Thai authorities will do their utmost to limit the damages created by the Pandemic. If they can restore domestic tourism it would be great. International tourism will take time, but travel bubbles with low-risk countries and the STV program might get a few million tourists to Thailand in 2021.

Re the confidence in the covid situation being resolved.
In short no-confidence whatsoever.
In answer to your questions
Do you think the current more “Governor friendly approach” is working?
1.- Too early to tell at the moment but most restrictions are still too draconian.
2. Would you support the CCSA taking over with a centralized, but likely highly strict approach? – No.
3. Do you think financial aid should be given to those who are put out of work due to restrictions and measures, including informal workers? – Yes without a doubt. These measures have been brought in by the government which has directly affected their lively hoods and is therefore obligated to assist them. Most civilized countries in the world are offering assistance to unemployed people. Deferral of loans, deferral of rents, etc. As the saying goes “We are all in it together” but unfortunately we are not. The Government is missing.
4. Do you see any aspects of this current outbreak as a positive, for instance, moving up timelines of vaccines? – Very difficult to see any positives how could there be.!
Bringing forward vaccine timelines? just highlights how far behind the Govt was. Many many countries around the world have already started with their inoculations!
Thailand’s first batch 2 million doses?? They are not serious.
If they wish to stem this virus –
1.  Govt must become far more serious and strict on their border management. Currently looks like swiss cheese. This was always going to be Thailand’s Achilles heel. A country that shares its borders with so many other countries. Borders have to be locked down, instead of Thai provinces.
This new wave was imported by corrupt businesses and groups with vested interests, with no regard for their fellow compatriot. Are we all in it together?
2. Covid testing must be free and freely available to all. The current special with Bangkok Hospital is 3800bht – how does the average Thai earning 400bht a day, if he now has a job going to pay for this.
Australia is doing upwards of 70,000 covid tests a day at no charge. Citizens are told if you feel unwell, even a sniffle, go and have a covid test. Aust has set up mobile testing facilities everywhere and follows any outbreak bubbles.
To get carriers off the streets and not wait for them to infect others –
COVID TESTING MUST BE MADE READILY AVAILABLE AND FREE.
I trust you will read this talkback reply in the correct vein and manner in which it is intended, considering the current serious position Thailand and the rest of the world is in. The Thailand govt has to step up to the plate, loosen the purse strings, get serious, and financially assist its people. If the Thai people can’t turn to their elected Govt in their hour of unprecedented need, who can they turn to.???
Regards, Craig
Tezza-They didn’t even resolve the first round, panicked locked down and buried their heads in the sand, and started pointing fingers
John H-They sprayed all the streets and soi’s in the beginning with crop type sprayers and some people laughed but it did seem to work as the figures stayed down.
Good on them for trying, spray everything it can’t hurt but only help.
Paul K-Don’t know but the effort is there. Right or wrong that’s another story. But they seem to be doing more than places like The US
Phil T-Given that the “first round” of infections was not actually resolved, I think it is a bit of a stretch to think that this one will be. Looking at the picture above, and seeing trucks going around town spraying something into the air and onto the roads, leads me to think they have not learned from or improved on their last attempt. Banning alcohol in restaurants for people sitting in the same chair they are allowed to sit and have a coffee or soda shows that the logic level has not improved either! Just got to ride it out again it seems
Andy F-More than the uk that’s for sure
Guido V-The only reality that is very evident, they are destroying completely the economy!! It will take 10-to15 years to recover! Unless you act now, not after Songkran! It Will be too late
Susan M-Yes
Sending