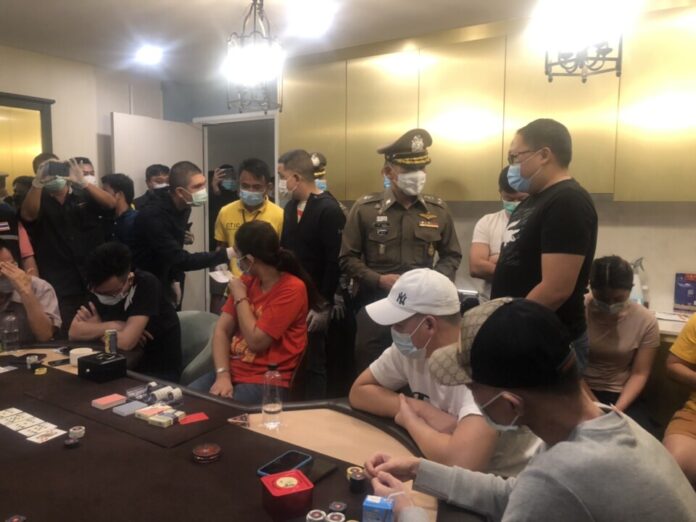 Fourteen Chinese, a Singaporean, a Cambodian, and five Thai gamblers have been arrested at a luxury condominium on Jomtien Second Road during an illegal gambling den raid early this morning (January 9th).

In total 21 gamblers have been arrested. Of those 21, 14 are Chinese, five are Thai, one is Singaporean and one is Cambodian. 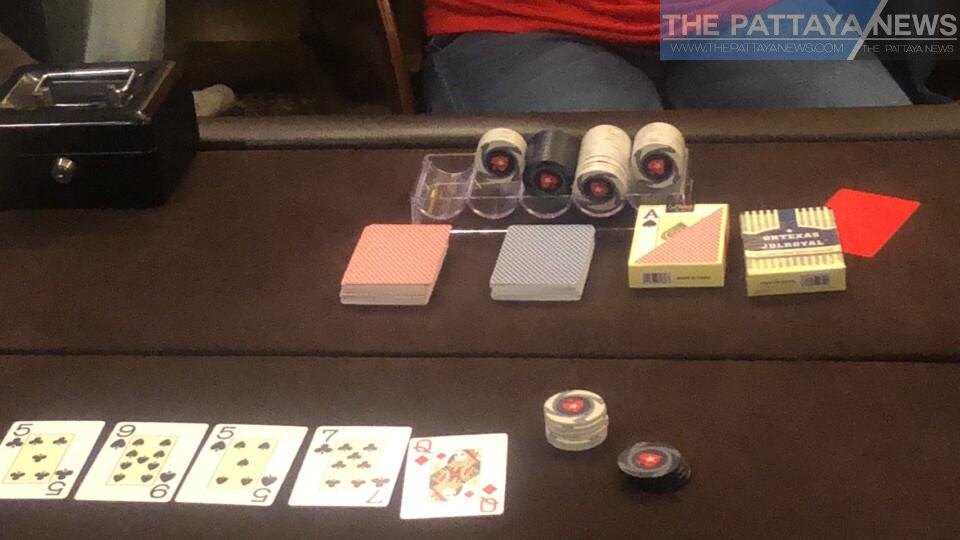 Colonel Eakkapop told The Pattaya News, “We received a tip from a concerned citizen who was worried about the potential spread of Covid-19 and told us that foreigners and Thais were illegally playing poker for money using chips in a room on the fifth floor. The room was rented daily. The gathering also broke current Emergency Decree rules around social distancing and helping prevent the spread of Covid-19. The setup was professional and a large amount of money was being played for.”

“Five Chinese nationals were found to have overstayed their visa as well. The Cambodian national had no legal visa and was found to have illegally entered the Kingdom.” 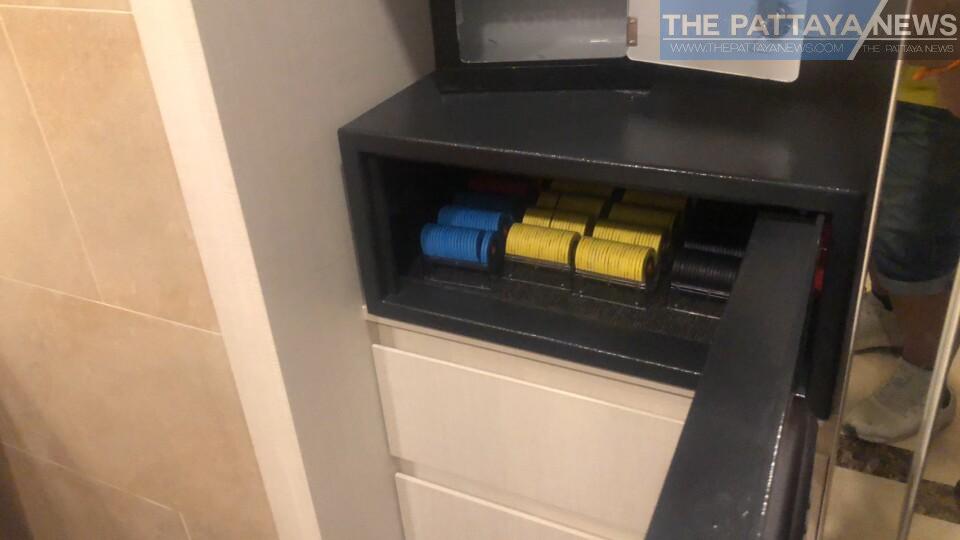 “They are all facing charges of offenses to the Disease Control law, the Emergency Decree, Communicable Disease Act, Gambling Act, and some are facing more charges for various items.”

“All of those arrested will take a Covid-19 test and be quarantined and detained before further legal proceedings,” Eakkapop concluded.

The raid follows heavy news coverage of illegal gambling establishments and gatherings being a reported main source of several clusters of Covid-19 in the Eastern provinces of Thailand which have seen thousands of businesses shut out of precaution in Chonburi, Rayong, and other provinces. Hundreds of cases of Covid-19 in Rayong and Chonburi have been linked to illegal gambling establishments according to police which saw the prior Provincial Police Commanders of Rayong and Chonburi transferred to an inactive post. 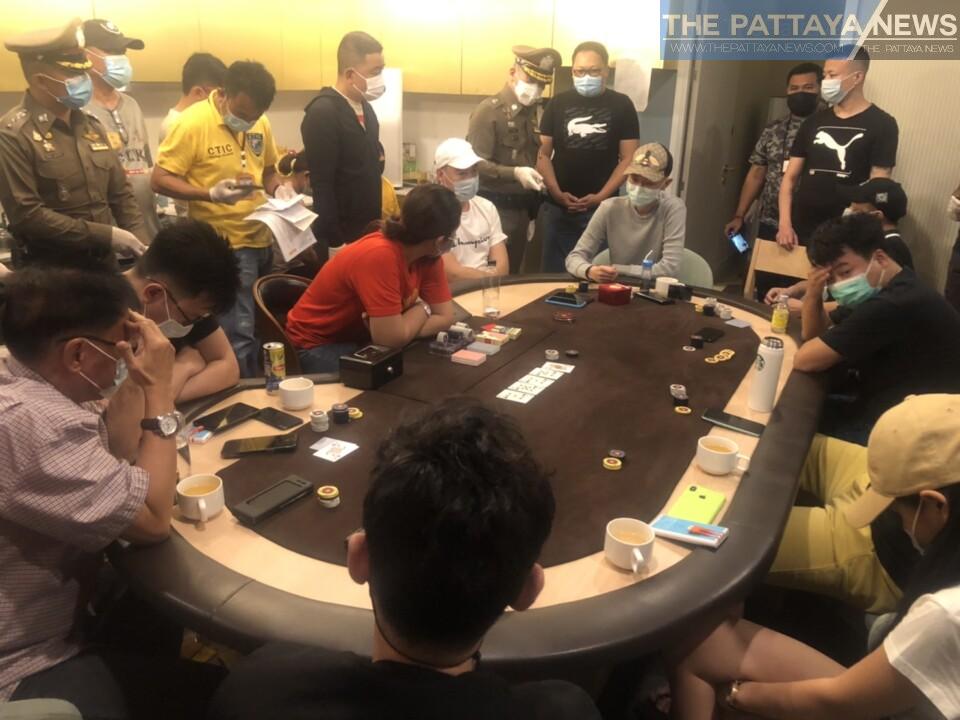