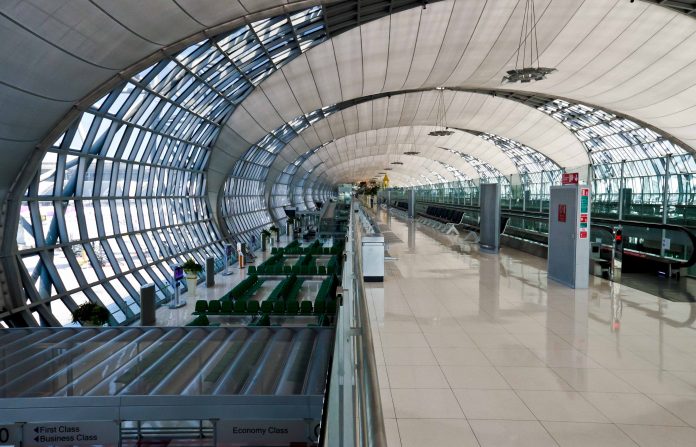 Bangkok, Thailand-
Following four English patients testing positive for a strain of Covid-19 that reportedly spreads significantly faster than other strains, the Ministry of Public Health has proposed to the Thai Government to defer (postpone) entry of British nationals to Thailand until the situation improves.
It is important to note this is a “proposal” and is not yet finalized or approved.
The Ministry of Public Health, in cooperation with the Department of Disease Control, has made the proposal to the Center for Covid-19 Situation Administration (CCSA). A final decision on this matter is expected sometime this week following meetings and discussions with relevant agencies.
This follows a family of four entering Thailand on December 21st and reportedly being confirmed with the new strain of the virus, which according to some analysts spreads up to 70% faster, however, has shown no scientific evidence of being more deadly or harmful according to the Ministry of Public Health.
The family entered quarantine, as with all legal foreign visitors to the country, and the strain was detected there. The family had no exposure to the general public, according to Dr. Opas Karnkawinpong of the Department of Disease Control. They remain in good condition and in a special ward at a Thai hospital under observation and treatment.
Dr. Opas stressed that Thailand was aware of the strain and that all passengers on the plane with the British family had been tested and had, so far, been negative for the Covid-19 virus.
Opas also stated to the Thai press that the strain was similar to the strain found in Myanmar migrant workers which is also fast spreading, causing many British nationals to question why Thailand was considering “deferring them” (Thailand dislikes the word “ban”) from entry when they are required to have a fourteen-day quarantine.
Response to the announcement on social media online was largely negative from British nationals, although positive from many Thai nationals. British nationals claimed the measures were not needed, primarily due to Thailand’s quarantine system. Thai nationals, however, stated that it was better to be safe and cautious.
Sending