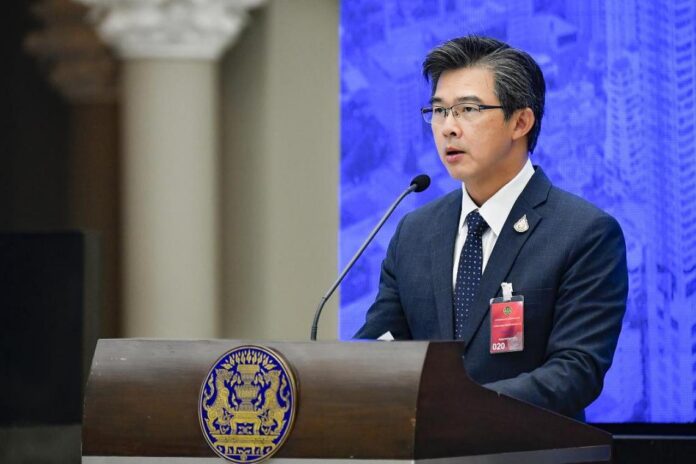 The Royal Gazette published several new regulations this morning that fall under the Thai Emergency Decree meant to control the Covid-19 coronavirus in Thailand.

These come as the Kingdom faces increasing numbers of cases originally stemming from a large cluster of infections at the Central Shrimp Market in Samut Sakhon. The regulations, however, are not new and were mostly previously announced by the Center for Covid-19 Situation Administration (CCSA) in advance. The CCSA has gone with the strategy of creating control zones based on severity of Covid-19 in different provinces and given provincial governors more authority to implement regulations and procedures vs. a blanket approach that could see draconian lockdowns that devastate business and livelihoods.

For instance, the Governor of Nonthaburi, which as of press time had fifteen cases, has implemented strict restrictions on the sale AND consumption of alcohol after 10:00 PM, including at bars and restaurants, but this is a Nonthaburi only restriction. Royal Gazette restrictions, however, fall under a National perspective.

The Royal Gazette orders, in short, ban mass assembly and gatherings (for instance, protests), restrict movement in and out of disease control areas (currently the only high control zone is Samut Sakhon) and restricts movement of migrant workers in and out of controlled provinces.

These new restrictions fall under Section 9 of the Emergency Decree on Public Administration in Emergency Situation B.E. 2548 and Section 11 of the State Administration Regulations B.E. 2534.

Here is a more complete list, courtesy of the Thai Tourism Authority with notes from The Pattaya News:

1. No entering or occupying areas, buildings, or vehicles deemed at risk of COVID-19 infections by each provincial administration or health authorities. (This primarily relates to control zones, such as Samut Sakhon, but may also include specific areas of provinces with infections. Check in advance if you need to travel through a controlled area, it may not be allowed even if “just commuting through” and expect checkpoints. Foreigners should have their passport and identification on them if going through these areas, as well as proof of legal status in Thailand such as your most recent passport stamps.)

2. Closure of places or areas deemed at risk of COVID-19 infections are under jurisdiction of each provincial administration. (As discussed, this is based on provincial governor’s decisions in conjunction with the CCSA)

3. All large gatherings are temporarily prohibited, in line with the instructions by each provincial administration.(As called out previously by the CCSA, this can differ based on the control zone of a province. The number three hundred has been mentioned by the CCSA but this can also change based on control area, as any gathering is banned in Samut Sakhon currently. However, some areas, like Chiang Mai, have stated they will continue some New Year events, although with strict, CCSA approved, covid-19 measures.)

4. Movement of migrant workers are subject to strict screening by the health authorities. (Checkpoints have been set up across the country and employers are being urged not to “hide” or transfer their migrant workers. A version of an “amnesty” is being worked on, according to the Thai Cabinet, to stop undocumented migrant workers from fleeing or employers from getting rid of them/hiding them.)

5. Health authorities and concerned officials are to strictly enforce all COVID-19 control and preventive measures. (Basically, a preventative measure that in essence means provincial governors and disease committees can implement and enforce their rules.)

6. The Operation Centre of the Centre for the COVID-19 Situation Administration (CCSA) is to coordinate the enforcement of the COVID-19 control and preventive measures among all concerned authorities.

7. Measures and instructions by each provincial administration must be in line with the directives issued by the Prime Minister or the CCSA. (Although provinces are given a lot of leeway, they must still work in partnership with the CCSA)

8. Measures and instructions by each provincial administration are enforced under this announcement.

The CCSA has stated that they do not wish, at this time, to have any sort of National lockdown, curfews, or other measures. However, Dr. Taweesin Visanuyothin, spokesman of the CCSA, warned in a speech yesterday that if the public does not cooperate and cases keep rising they could have no other choice over time and urged the public to cooperate, social distance, wear masks and utilize other precautions.

Here is the order in the Thai language: 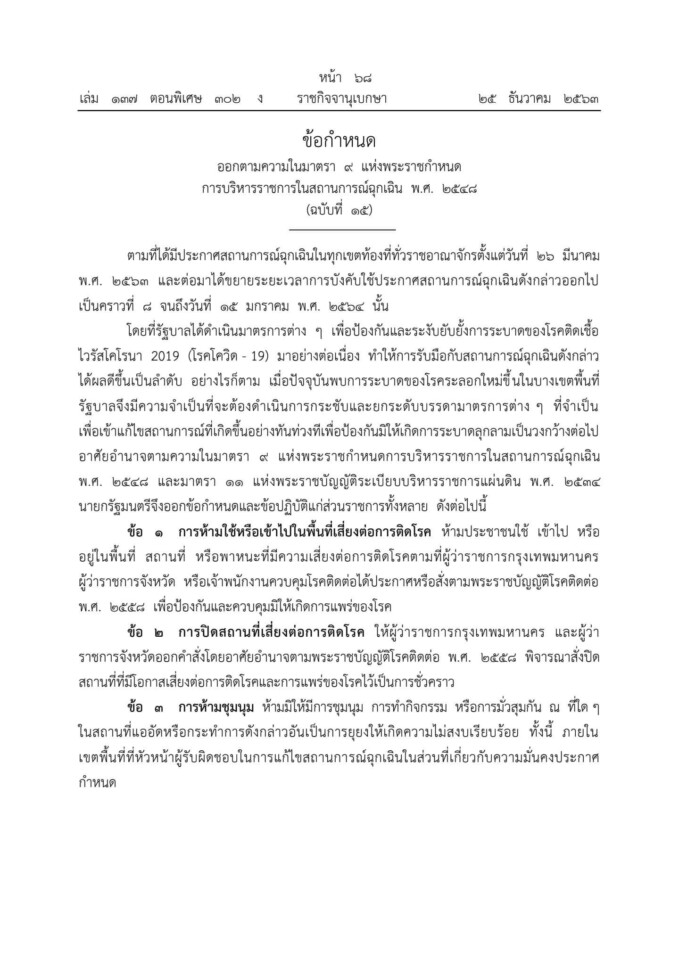 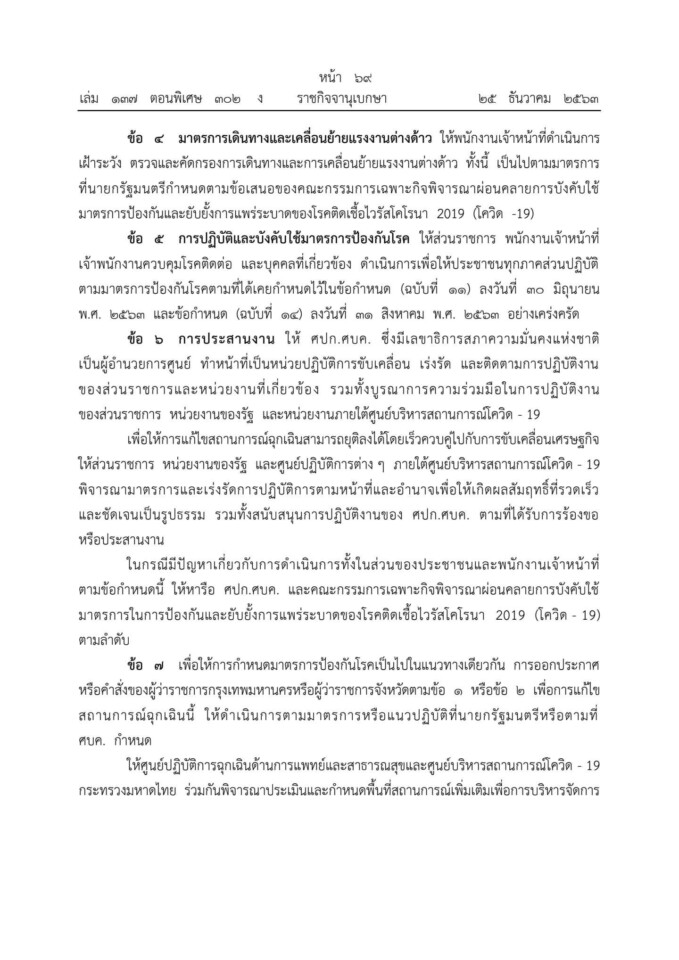 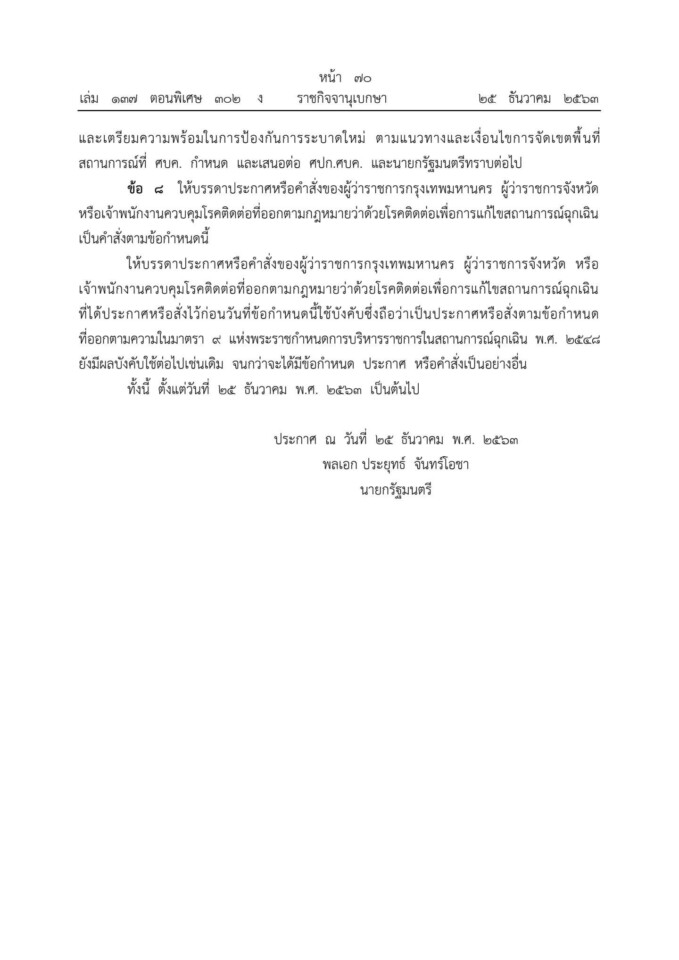