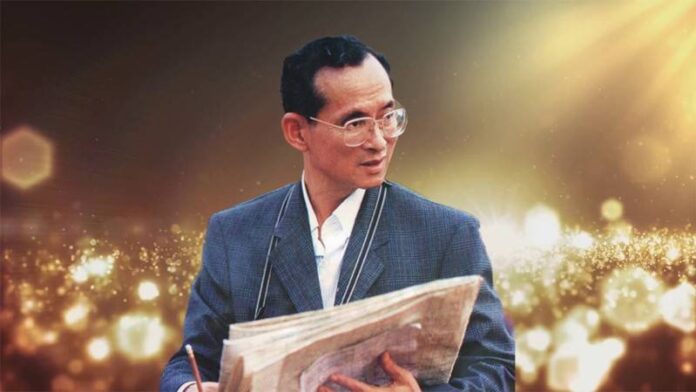 December 5th is celebrated as national father’s day in Thailand and the birthday of the late King Bhumibol Adulyadej. Since his death on the 13th of October 2016, this holiday acts as a remembrance for the late King Rama XI, who passed away at the age of 88.

Born on the 5th of December 1927, King Bhumibol the Great was revered by Thai citizens across the world and has been long recognized as the father of the current ruling king, Maha Vajiralongkorn, and the symbolic father of the Thai nation.

Since his Royal Coronation in 1949, His Majesty King Rama IX had been dedicatedly staving off numerous national catastrophes through his intelligence, fortitude, and compassion towards his 60 million people during his seven-decade reign. Hundreds of his royal projects and his philosophy of self-sufficiency still continue to better the lives of Thai people. 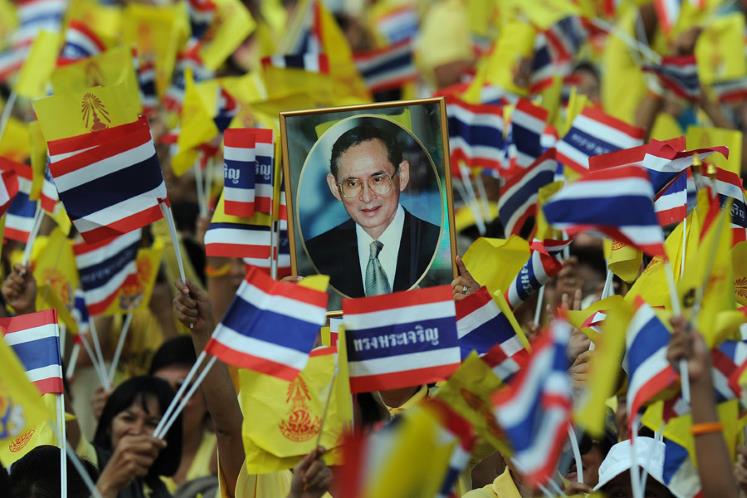 In the past, a great number of Thai people would pour onto the streets in Radchadamnoen road of Bangkok to honor and closely greet King Rama XI, who often made an appearance and gave a grateful speech on his birthday.

As of today, the celebration of father’s day and the birthday of His Majesty King Bhumibol has been organized throughout the Kingdom by public and private sectors since early December. Community services and public charities are also commonly set up as a tribute to His Late Majesty the King.

——–
Thai people nationwide are encouraged to wear yellow, which represents the King’s symbolized color, as a mark of respect. An alms-giving ceremony for Buddhist monks and novices, hosted by the Thai government, is also annually held at Sanam Luang in the capital in the morning, followed by a tribute-paying ceremony.

————
A candlelit ceremony in remembrance of the late King will be held nationwide at 19:19 hours on the same day. This ceremony will also be held in provinces and Thai embassies and communities overseas. 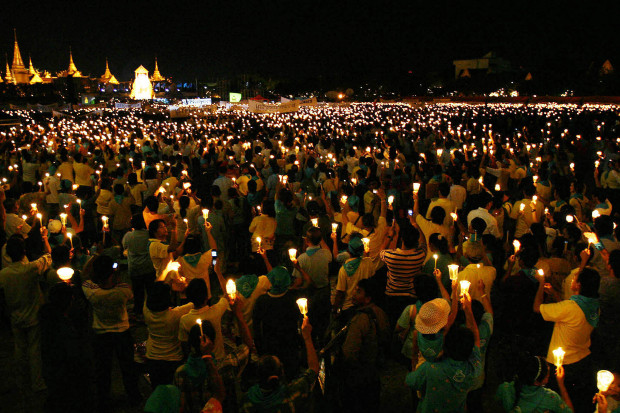 Locally, canna lilies are traditionally given to their father by their children to express their loyalty and respect. Most Thai schools will host a Father’s Day ceremony for students to pay respect and thank their beloved fathers for their unconditional love.

Some big families will gather and take their father and grandfather for a family dinner. It is also a perfect occasion for a family reunion and to spend their quality time together.