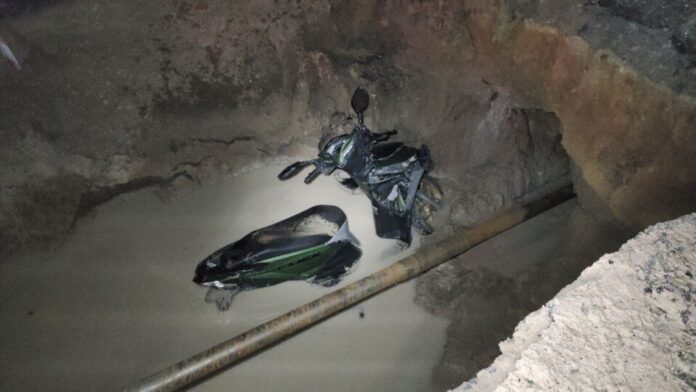 A driver has sustained injuries after his motorbike fell into a deep construction pit in Pattaya early this morning (December 3rd).

Rescue workers were notified of the accident at 4:00 AM near an intersection in Naklua.

They and The Pattaya News arrived at the scene to find the motorbike in a two meter deep pit on the road. The injured man, Mr. Wassapon Thataworn, 39, who had sustained several injuries had managed to climb up from the pit. He was taken to a local hospital for medical assistance. 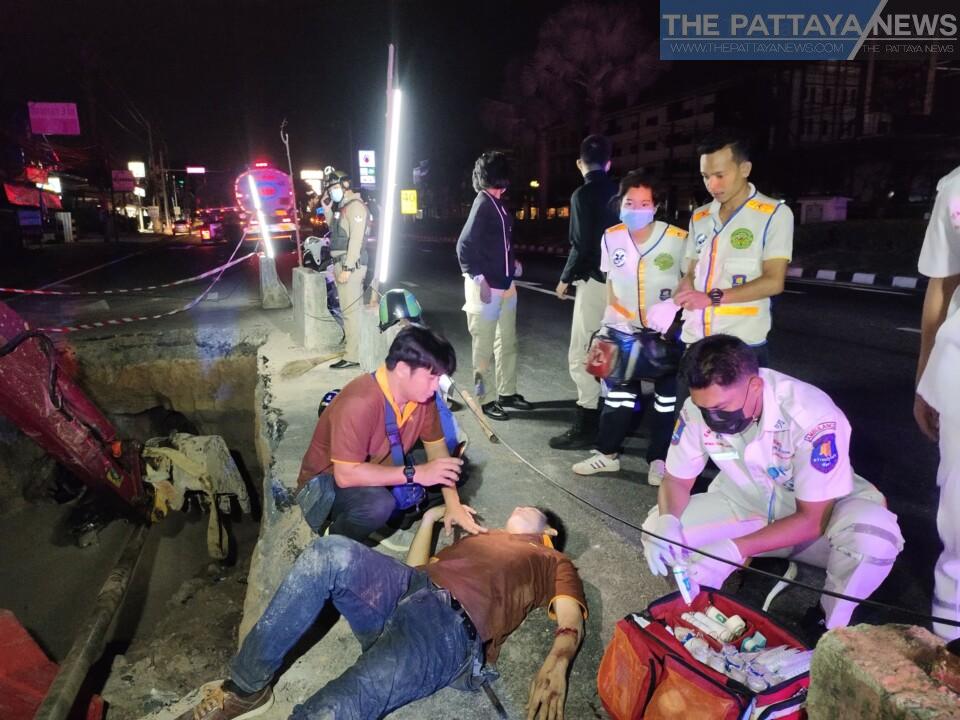 His friend told The Pattaya News that he was driving on another motorbike behind him following the injured man.

The friend, who didn’t want to be named, claimed the pit wasn’t well lit. Law enforcement however reportedly disagreed as the pit had barriers and multiple neon white lights according to their opinion.

It is unclear if there will be legal charges as a result of the incident.