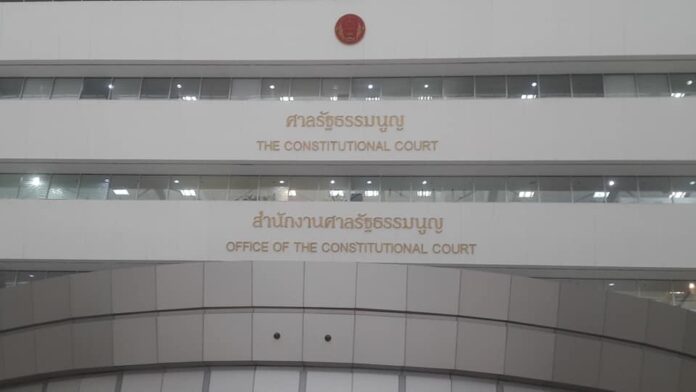 The Constitutional Court issued this afternoon, December 1, an injunction to refrain from having unrelated persons from hearing the judicial decision of the Prime Minister’s case of occupying housing in a military base.

To maintain order on the court grounds and to efficiently proceed with the court procedures, the court has, therefore, ordered the designated area only for the petitioners, the attorney, proxies, and related officers who perform their duties. Those who wish to witness the verdict can access the Court’s Youtube channel for the Livestream, the notification added.

According to the Constitutional Court, the announcement was published after the officers of the Court were informed that there would be situations that might involve civil disruption and unrest. Such announcements will be effective from December 2nd from 00.01 AM. to 23:59 PM.

The notification also resulted in the relocation of the pro-democracy demonstration tomorrow, December 2, from outside of the Constitutional Court to the Ladprao Intersection from 4:00 PM. onwards to await the court’s verdict whether Prayuth Cha-O’Cha will be proven guilty and possibly will be removed from his positions as the Prime Minister and the Minister of Defense. 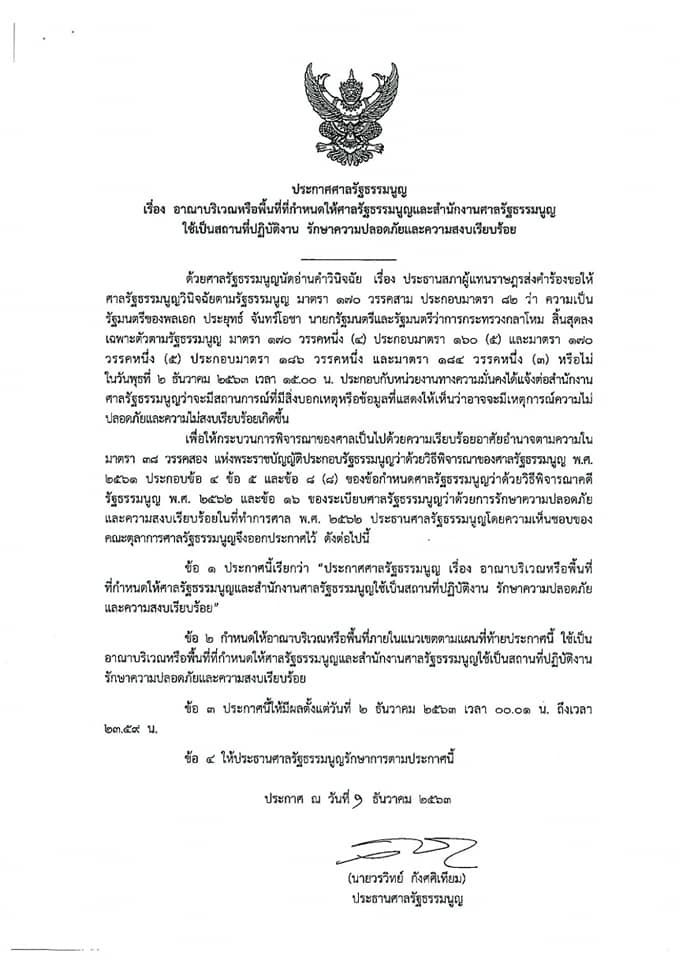