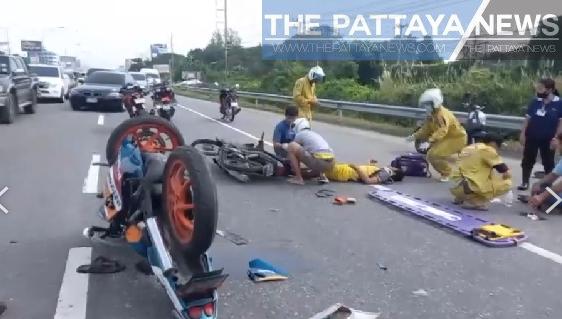 A mentally ill motorbike driver has sustained serious injuries after driving the opposite way before colliding with another motorbike in Mueang Chonburi earlier this week.

Rescue workers were notified of the accident on Sunday (November 22nd) on Sukhumvit Road in the Huay Kapi sub-district.

They and The Pattaya News arrived the scene to find the male driver bleeding heavily on the road. He was taken to a local hospital for medical assistance. 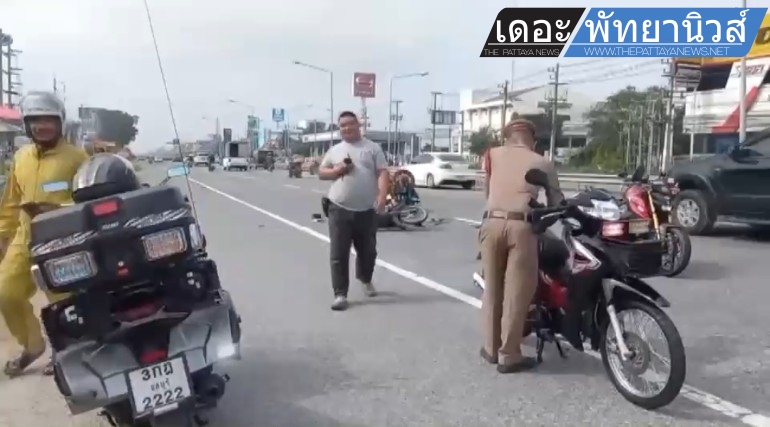 The other motorbike driver, driving a Honda NSR, was Mr. Sampan Topuea, 39, who had sustained only minor injuries.

Mr. Sampan told The Pattaya News that the other motorbike driven by the mentally ill driver, whose name was withheld due to his condition, was driving the opposite way in the middle of the road. 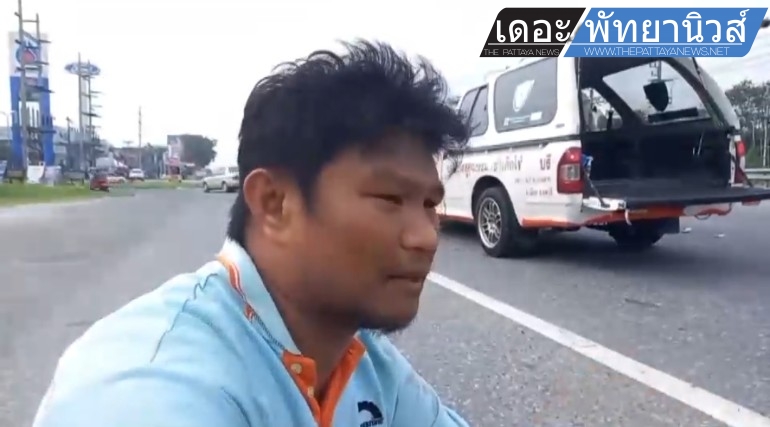 He was unable to avoid the collision before his motorbike overturned.

Relatives of the injured man told The Pattaya News that the seriously injured driver has a mental health problem and often drives in the wrong lanes in the area. The man reportedly should not be legally driving and has been told multiple times to stop doing so but refuses, according to friends and relatives.

Police stated that once the man in question has recovered from his injuries they will work with his family to ensure the man stays off the roads.