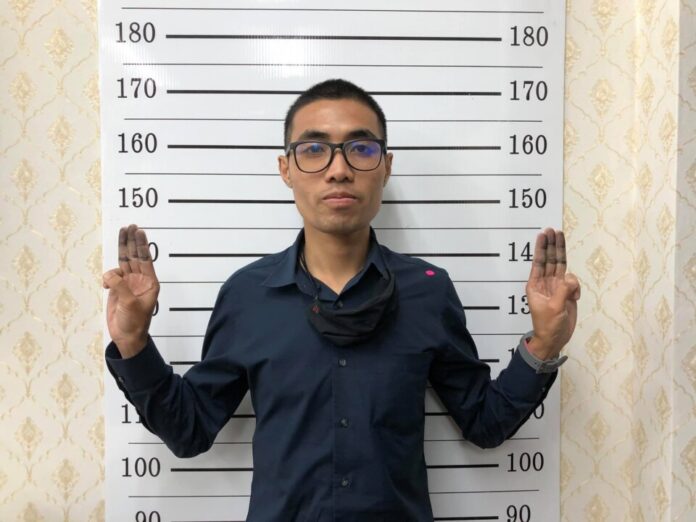 Mr. Piyarat Chongthep, or Toto, the head of the group “We Vo”, short for we volunteer, was arrested at 2:39 PM and detained at the Saladaeng police station. He will later be taken to the Ubon Ratchathani province on alleged sedition charges dating back to a prior rally in August, according to the Royal Thai Police.

Toto has been a prominent leader of the “frontline” groups of volunteer guards at protests who have been seen at all the major recent protests marching in the vanguard of protest marches. The We Volunteer group claims they are protecting the bulk of protesters and providing security, while Thai government officials have stated they have allegedly broken many rules, such as taking down barriers, trespassing, assault, refusing to disperse, disobeying mass assembly laws, vandalism and other alleged offenses.

Reaction on social media has been swift, with many pro-democracy protesters calling for Toto’s immediate release. The action has taken place on the evening before a planned major rally tomorrow at the Crown Property Bureau in Bangkok. Some observers on social media claim the action is an attempt to disrupt the planned rally tomorrow in which almost 6,000 police officers have reportedly been assigned for law enforcement activities.