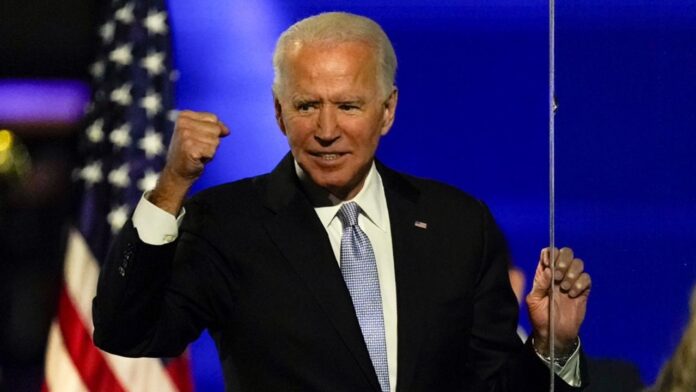 The following is an opinion editorial by guest writer Ong Bo Yang. The opinions and statements within are his own.

President-Elect Joe Biden is likely to become the 46th President of the United States on January 2021.

The President-Elect will have the unenviable and daunting task of healing divisions within the United States and also rebuild diplomatic relations with other nations, in particular Southeast Asian countries.

President-Elect Biden will have to show greater commitment to ASEAN, where Trump has failed to, by attending ASEAN summits and appointing ambassadors to ASEAN.

Biden has to handle the US-China rivalry and human rights issues properly, as these matters might affect relations with Southeast Asian countries.

Entering the CPTPP would be a strong statement of intent that America is willing to collaborate with countries economically, contrary to during the Trump Administration.

There were also important diplomatic posts that President Trump left vacant in ASEAN. For example, the Trump Administration failed to appoint in the State Department, ambassadors to Myanmar and Singapore. More shockingly, the administration did not nominate an ambassador to the ASEAN Secretariat, the nerve center of ASEAN based in Jakarta.

These actions have led to the USA’s relations and standing with ASEAN deteriorating, with politicians and leaders from Southeast Asian nations expressing concern.

This can also be backed up by studies conducted by Singapore’s ISEAS-Yusof Ishak Institute and the Pew Research Centre in Indonesia where survey respondents show a growing distrust of the United States.

Nevertheless, Biden will undoubtedly help to foster better relations and partnership with ASEAN.

Former President Barack Obama had taken part in the majority of Southeast Asian summits during his tenure as president. Current President Joe Biden looks set to follow suit, and also revamping the State Department by appointing ambassadors to ASEAN and ASEAN countries.

While Donald Trump had failed to appreciate multilateralism, President-Elect Biden will embrace an open, sustainable and rules-based multilateral system. On page 78 of the 2020 Democratic Party platform, it mentioned that the Biden administration, if elected, will engage more with multilateral organizations such as ASEAN.

On page 88 of the 2020 Democratic Party Platform, the Biden presidency campaign has pledged to enhance collaboration and partnership with Asia and Southeast Asia countries such as Thailand and the Philippines.

Launching a new age of multilateralism will also help the United States to counter China’s influence strategically, by showing the growing significance and standing of ASEAN to the United States and the world.

Several months ago, former Secretary of State Mike Pompeo asked Southeast Asian nations not to be afraid of China and also to take a stance against China’s perceived bullying actions.

At times, the Trump Administration appears to be pressuring Southeast Asian countries into choosing sides between America or China.

This has left ASEAN leaders in a difficult situation, where they have constantly maintained their neutral stance.

Furthermore, Singapore’s Prime Minister has constantly emphasised that ASEAN countries will not be coerced into taking sides.

Ostensibly, Joe Biden will be less confrontational and more respectful towards China.

However, there is a bipartisan consensus that China is a threat to USA’s status as the number one superpower, and a threat to America’s national security.

Hence, there will not be a dramatic change in how America deals with China during Biden’s Administration, especially America’s policy on South China Sea.

Nevertheless, given that President-Elect Biden has decades of foreign policy knowledge and experience, the President will be more careful not to antagonize China nor upset Southeast Asian countries. Biden will balance the interests of America, while embracing the values of diplomacy, multilateralism, peace and stability.

Having predictable and consistent policies, behavior and actions contrary to his predecessor Donald Trump, will also create peace and stability, and a better working relationship with ASEAN.

Other than the US-China rivalry, another issue that might affect relations between USA and ASEAN countries is human rights.

During Donald Trump’s stint as president, he was generally not interested in human rights issues.

However, it is of paramount importance for the United States to be extra careful while addressing human rights issues in ASEAN, in order not to harm bilateral ties.

ASEAN leaders do not like being told what to do nor having another country interfere in their domestic affairs. Also, economic sanctions due to human rights issues will upset Southeast Asian countries, where the majority of nations are still developing and need more economic help instead of sanctions.

For instance, Philippines’s President Rodrigo Duterte did not enjoy being told what to do about human rights by former President Barack Obama.

Donald Trump had taken America out of the Trans-Pacific Partnership (TPP) in 2017, which had included four ASEAN nations and would have helped America promote its interests strategically in Asia-Pacific.

The remaining members of the TPP ended up forming the Comprehensive and Progressive Agreement for Trans-Pacific Partnership (CPTPP), excluding America.

America being excluded from the TPP would show America’s decreasing involvement and importance in economic partnerships.

Furthermore, the TPP would contribute significantly to America’s economy.

In 2015, America’s trade with TPP members reached more than $1.5 trillion. It is estimated that the TPP will improve the United State’s GDP by $130 billion, by the year 2030.

Hence, there is a strong possibility that President-Elect Joe Biden will want to join the CPTPP and relaunch Obama’s “pivot” to Asia. It will be a modified version and certainly not Obama 2.0 as Biden needs to carve out his own identity and differentiate from his former boss Barack Obama.

However, it will not be straightforward.

Even though the TPP was agreed during the Obama’s administration, Democratic officials have always been cautious about free trade agreements. Hence, it would be an uphill task for President-Elect Biden to convince congress to support joining the CPTPP.

The US-China rivalry will not go away anytime soon. Nevertheless, Southeast Asian citizens can expect more peace and stability with a president that is more composed and measured.

ASEAN can expect deeper relations with the United States as President-Elect Biden prioritises and pays more attention to Southeast Asia.

I am currently a Master of Science student at the University of Warwick, majoring in Programme and Project Management and have written Op-Eds for 5 ASEAN newspapers, namely Thailand’s Bangkok Post & Chiang Rai Times, Cambodia’s The Phnom Penh Post, Vietnam’s VnExpress, Myanmar’s The Myanmar Times.