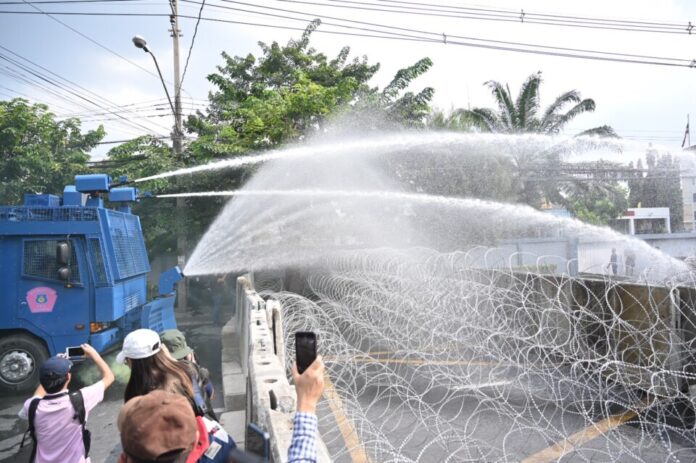 The following is a press release from the FCCT of Thailand sent to us. Their opinions and statements are their own.

FCCT statement on security at the recent protests

The professional membership of the Foreign Correspondents’ Club of Thailand notes the alarming escalation of violence which left at least 55 injured in protests outside parliament on Tuesday Nov. 17, including the use of tear gas and water cannon laced with chemicals. Of more serious concern were reports citing the Erawan Medical Centre that some pro-reform protestors were treated for gunshot wounds after clashes between royalist and student-led groups.

We urge all journalists to take precautions when covering future protests, including use of protective head, face and body equipment. We reiterate our call on the Thai authorities to legalise the use of body armour for journalists and paramedics, who need to work in conflict areas where there is a risk of gunshot injuries. As the law stands it is illegal to own or use body armour, and journalists have been prosecuted for doing so.  We also call on the government and security forces to exercise restraint in dealing with unarmed protestors, and to recognize that media members including TV crews, reporters, photographers and interpreters on the scene are doing their jobs under extremely difficult and dangerous conditions.