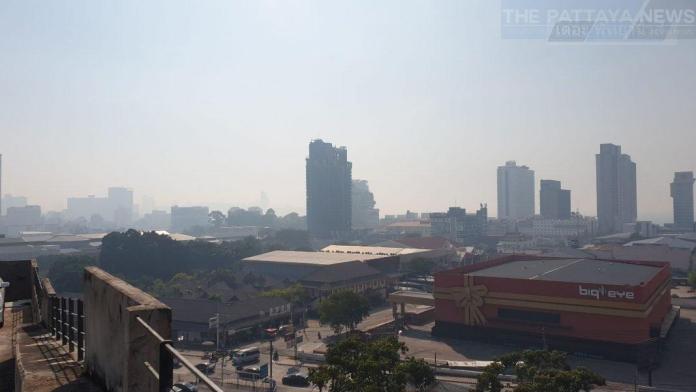 The following is our weekly feature in which we look back at the results from a question we ask our readers each and every week. Last week’s question was How do we fix the air pollution in Pattaya and Thailand?

The original article and question can be found here:

Reader Talkback: How do we fix the annual air quality problems in Pattaya?

From our prior article “Last year was a particularly bad year and although some people seemed to hope that with significantly less traffic, tourists, polluting buses and other factors that this year would be substantially better in terms of air pollution. However, early signs seem to point that this may not be the case. It is not an easy fix of a problem and Bangkok is taking measures to ban polluting buses and large trucks during certain time periods.”

Now, let’s take a look at what our readers had to say and many of you had quite a bit to speak about on this topic:

Cliff K-So if the cause isn’t officially understood then how can fixes be proposed? I thought burning season was not this time of year? So what might be the causes for the recent smoginess here and in Bangkok and why seemingly “overnight”? I know weather conditions can “trap” pollutants from traffic, etc.

Jim D-Every major city in the world has an air pollution problem. It is not unique to Pattaya and Thailand. To date, there is no country that has found a workable solution. Electric cars are not the answer. It requires huge pollution to produce the power to charge the batteries. The LPG driven vehicles in Bangkok, especially the taxis, have provided a small measure of relief. That solution is expensive. There seems to be a trend, in Thailand, towards gasohol fuel. Less of a polluter, and sold as a standard on certain new vehicles. This might be the long term solution. It is probably wise to phase out diesels engines, starting immediately. I have seen large trucks, in Bangkok, that are fueled by LPG. Banning Diesel engines would be a good start. Gasohol is probably the most sensible solution, but it is long term.

David A-Believe it or not, it has very little to do with transportation exhaust. It’s because of the shift away from small peasant-owned rice-growing to large corporate-owned sugar cane production. The easiest way to fertilize the soil is to burn the stubs leftover from last year. It’s happening all over SE asia. Sugar cane fields burning.

Tim W-This was the AQI at 10pm last night (210). Technically that is unbreathable. They are trying to turn Pattaya into a family holiday destination ? You can’t even breathe the bloody air here

Fredrikus-get those stinking diesels lined up for yearly inspections …Specially the turbo’s ..Than burning garbage everywhere seems to be the thing to do…Markets where the BBQ meats with clouds of smoke getting in the air. But we are only stupid farang who don’t know nothing . So no matter what we write , nobody will pay attention to us

Tim W (2)-Tara International School in Pattaya has paid Air Visual to become a member of their air quality programme. I take all my readings from the Tara station because I know they are accurate. Get the school behind you. This filth is what the kids are breathing every day. So no better to have the school where the air monitor is actually placed, to be on your side.

Richard R-It is such a shame …it was so pleasant at one point .

Have more comments? Leave them below or send us a mail at Pattayanewseditor@gmail.com!