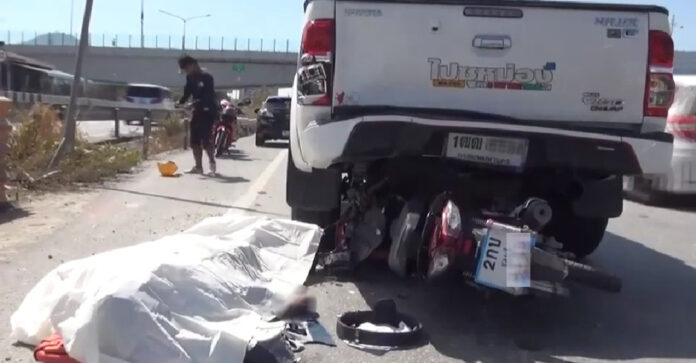 A driver has been pronounced dead at the scene after his pickup truck collided with a motorbike in Mueang Chonburi .

The Mueang Chonburi Police were notified of the accident yesterday (November 15th) on Motorway 7 Road in Dan Bang Phra in the Nong Khangkok sub-district.

Police and emergency responders arrived at the scene to find Mr. Sommai Komkam, 46, from Kamphaeng Phet, lying near his damaged motorbike.

He had sustained serious injuries and was later pronounced dead at the scene.

The pickup truck driver, Ms. Somjai Cheitoe, 44, told police that she was coming from Chachoengsao. She was not familiar with the road. At the intersection she stated to police that she slowed down and tried to turn back due to being lost and unfamiliar with the area but the motorbike driven by Sommai, which was driving allegedly at high speed, slammed into the back of her pickup truck. 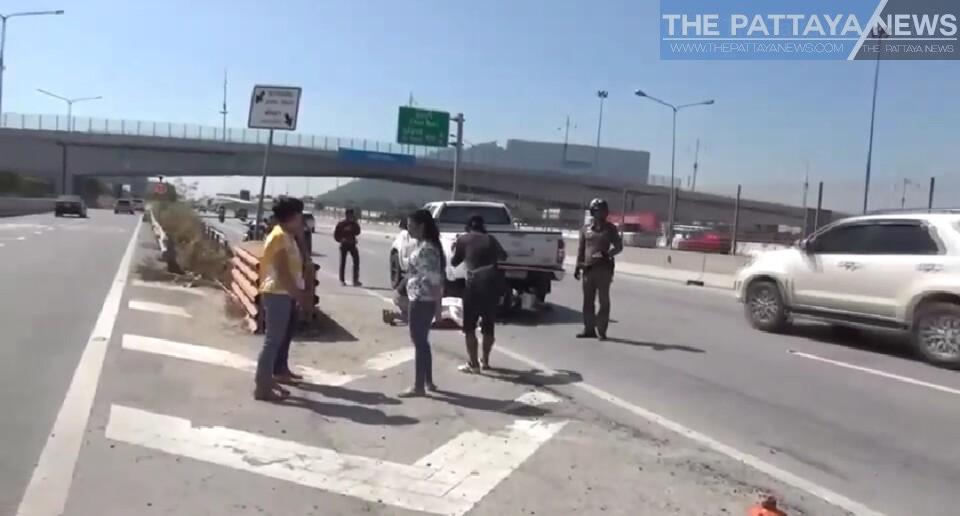 Mueang Chonburi police are continuing their investigation for to determine the exact cause of the accident and if any legal charges will potentially be filed.