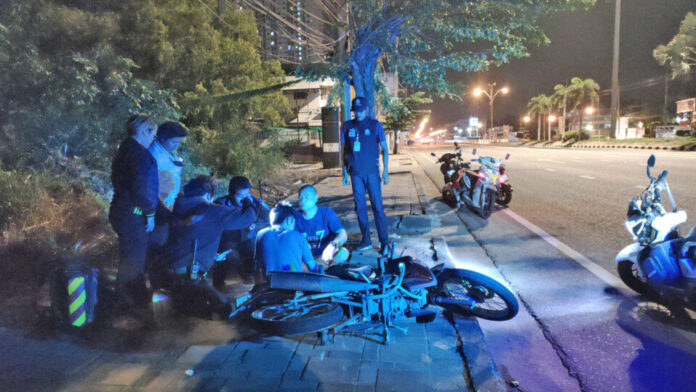 Pattaya-
An intoxicated hotel staffer has sustained several injuries after his motorbike crashed into a footpath in Pattaya after midnight today (November 11th).

Rescue workers were notified of the accident at 12:30 AM on Sukhumvit Road 24 Pattaya in Naklua.

They and The Pattaya News arrived at the scene to find the damaged motorbike on the road. The driver, Mr. Sittiphon Pleanwikroh, 39, a hotel staffer in Pattaya who was heavily intoxicated had sustained several injuries. He was taken to a local hospital for medical assistance but was alert and cognizant. 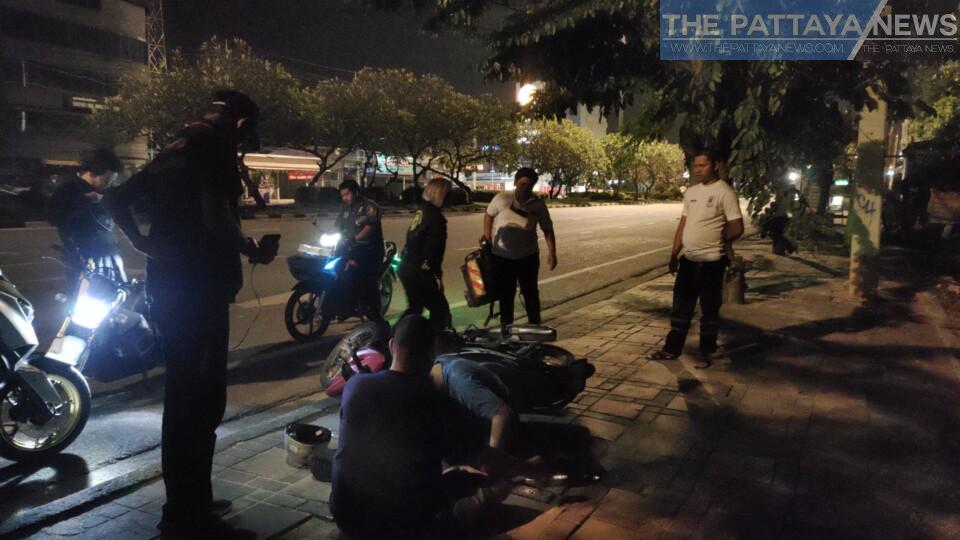 He told The Pattaya News that he had just come back from a party. He had lost control of his motorbike. He was wearing a helmet during the accident which saved him from serious injuries.

Police conducted an alcohol breath test on him for further legal action and evidence.