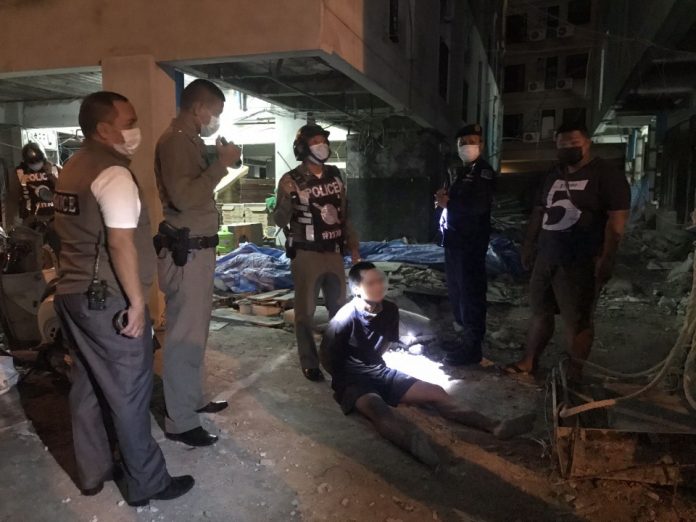 A man who was climbing an under construction Pattaya area building claimed that he was being hunted and his life was in danger after being caught last night (November 2nd) in Pattaya.

Captain Wittaya Kantijit of The Pattaya City Police was notified of the incident at 10:30 PM at a building in Soi Pattaya Klang 12 in Nongprue.

Police, emergency responders and The Pattaya News arrived at the under construction building to find a man only described as Mr. Jane, 24. 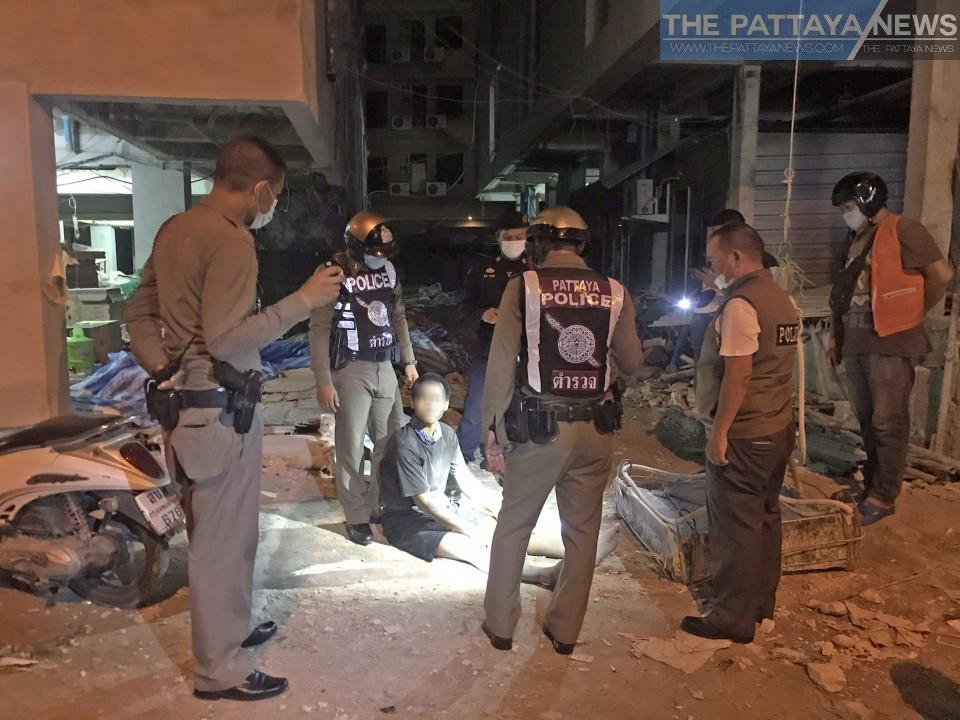 He was climbing down from the building after several friends persuaded him to come down following the police being called.

Jane reportedly told police that there were five men who were going to cause him physical harm. He claimed to be escaping from them.

He was taken to a police station to be tested for drugs as police could not find any evidence of other men after Mr. Jane and he appeared to be in a confused state.