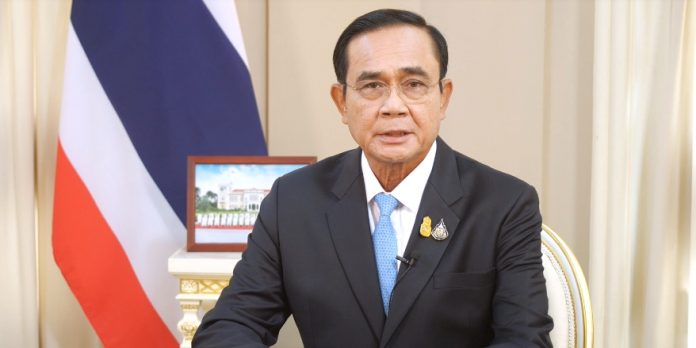 A demand made by Pro-Democracy protesters in Thailand on Wednesday for the Thai Prime Minister to resign within three days was declined and protesters have organized more events and protests in response.

Thai Prime Minister Prayut Chan-o-cha, who has large support with the military and pro-establishment camp in Thailand, has not resigned, which was expected by nearly all analysts on both sides of the growing political conflict. He has claimed he has done nothing wrong.

Pro-Democracy protesters are calling for two events, one this afternoon, Sunday in Bangkok and one tomorrow, Monday afternoon, in which protesters plan to march to the German Embassy.

Pro-Democracy protesters are calling for the dissolution of Parliament, for the Prime Minister to resign, a new draft of the Constitution, all protesters to be released with all charges dropped and harassment of protesters to end. Some protesters are also calling for reform of the nation’s highest institution which has been controversial and driven a significant amount of the growing tension. Some media claimed the two separate scheduled protests is due to growing disagreement amongst the core protesters on what direction to take, especially in regards to the more controversial reforms.

Meanwhile, pro-establishment protesters have also been organizing near daily rallies which although initially small have also been growing in size. Law Enforcement have pledged to keep the two groups apart after several minor scuffles and fear of further violence.

The Pattaya News will provide further coverage of this evening’s protests as well.