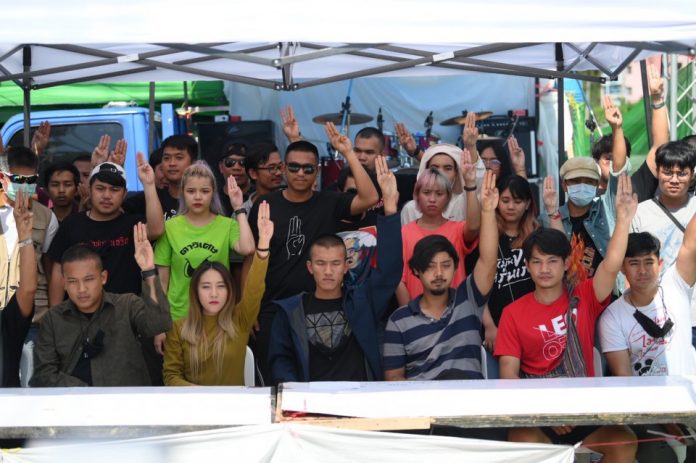 A group of Pro-democracy protesters in Bangkok have given a 10:00 PM deadline tonight for the Thai Prime Minister Prayut Chan-O-Cha to resign.

The group, which spent Friday night camped out in front of the Bangkok Remand Prison where they also demand other protest leaders be released, stated the deadline earlier this morning.

The Thai Government, meanwhile, remains non-committal and any sort of resignation is extremely unlikely as the Prime Minister has stressed he has done nothing wrong. The Prime Minister also still has widespread support amongst the military and pro-establishment groups.

Mr. Chatupat Boonpatthararaksa, whose alias is Pai Daodin, has led the group of protesters who blocked Ngamwongwan Road in front of the Bangkok Remand Prison and stated the ultimatum this morning. He was released from prison yesterday and immediately rejoined the protesters.

This comes as pro-establishment groups have appeared to increasingly rally over the last several days across the country and the political rift between the two groups have grown. Overall protests have remained peaceful, for now.

Pro-democracy protesters have not stated exactly what will happen if, as expected, Prayut does not step down. They warned of more intense protests even as counter groups warned they would also counter protest.

The Pro-Democracy protesters have several demands, including drafting a new Constitution, releasing all protesters from prison and dropping all charges, the PM resigning, stopping harassment of all protesters, dissolving Parliament and, for some protesters, most controversially and what has driven the most opposition, reforming the countries highest institution.