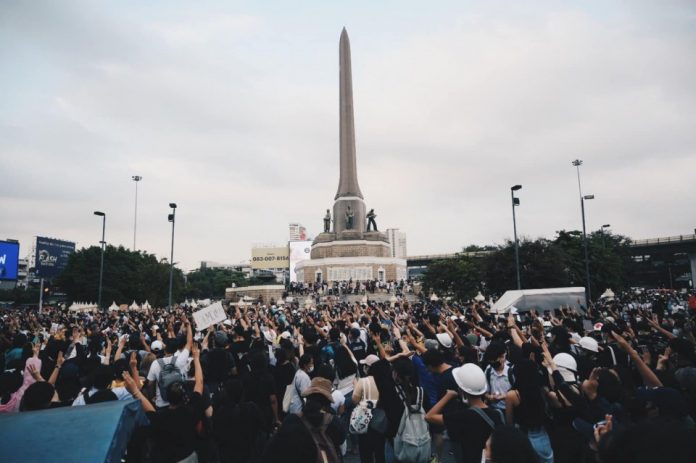 A huge crowd of pro-democracy demonstrators had once again taken over the Bangkok roads yesterday, October 21, to demand the resignation of Prime Minister Prayuth Chan-O’Cha, new drafting of the Constitution, and several other demands including an end of the severe state of emergency declared last week which bans gatherings of over five people in Bangkok.

The pro-democracy protesters and activists were massing at the Victory Monument around 4:00 PM before starting to march to the Government House at 5:40 PM to pass a letter of resignation to the Prime Minister.

Along hours of marching, the crowd had encountered an ultra-royalist lawyer who attempted to stop them from moving to the Prime Minister’s office, saying that the road did not belong to people who disrespect the monarchy, as well as countless barbed-wire and traffic barricades installed by riot police to attempt to block them from reaching the Office. 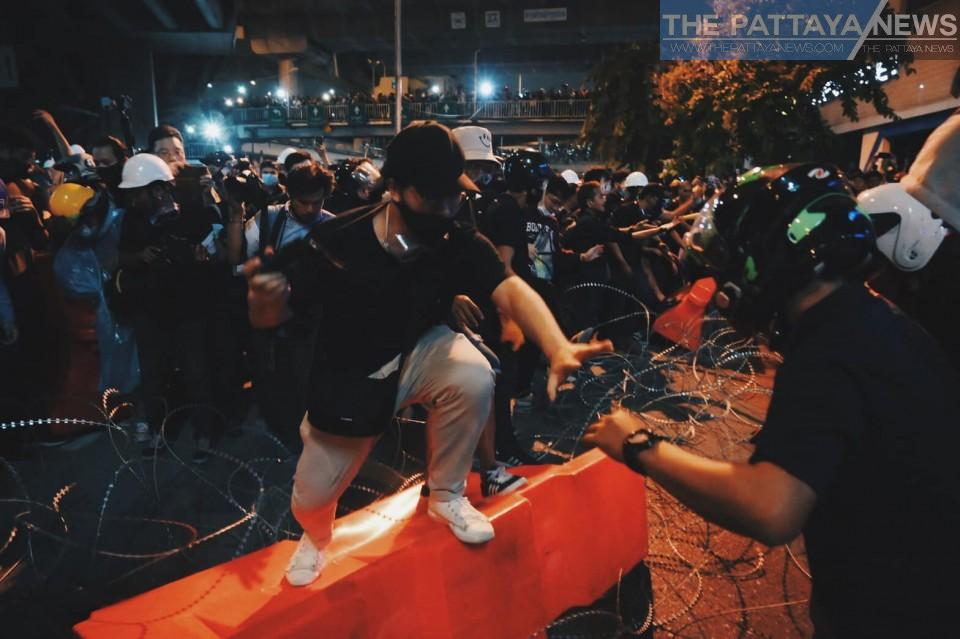 The Prime Minister had made a television appearance around 7:00 PM., urging all Thai people to “take a step back” and resort to the Parliament for solutions. He also mentioned lifting the severe state of emergency in Bangkok if there are no further violent incidents but did not address the issue of the demands for his resignation.

Read the full script of his statement HERE 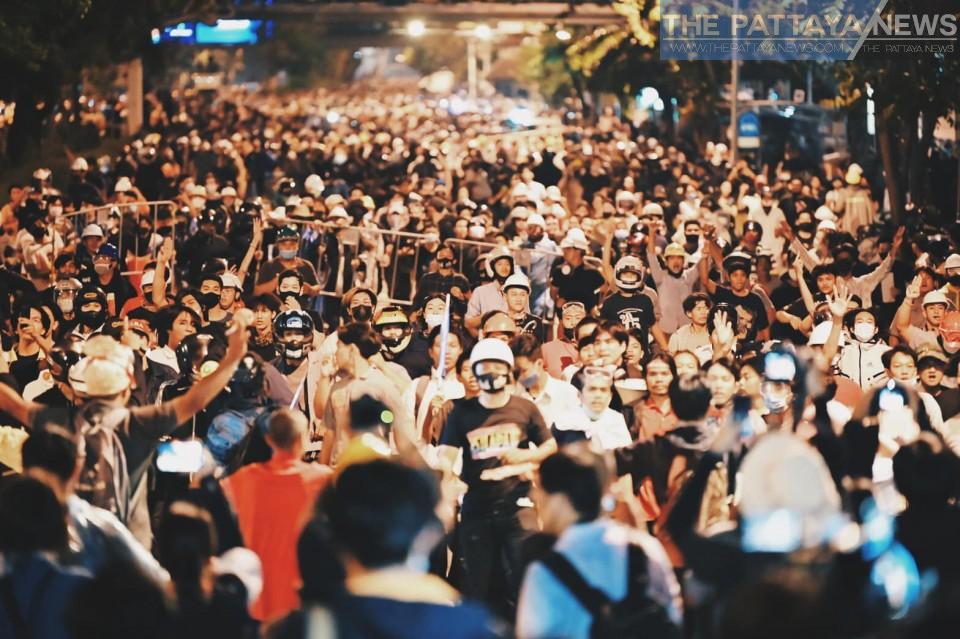 At 8:00 PM, the pro-democracy front-liners had arrived at the entrance of the Government House which was blocked by lines of riot police and yellow-shirt wearing security officers, barbed-wire barricades, and public buses. High-pressure water cannons which were used against protesters last Friday night were also spotted near the activists’ assembly point.

Representatives of the protesters submitted their formal resignation letter of Prime Minister Prayuth to police commanders, insisting that they will stop protesting only if he resigns within three days.

They called it a night at 9:35 PM shortly after submitting their petition and the letter to metropolitan police commanders. Although protesters were fully dressed with protection and already preparing for another potential spray from the water cannons, no physical confrontation had occurred during the gathering and the situation stayed peaceful but tense and with high emotion. 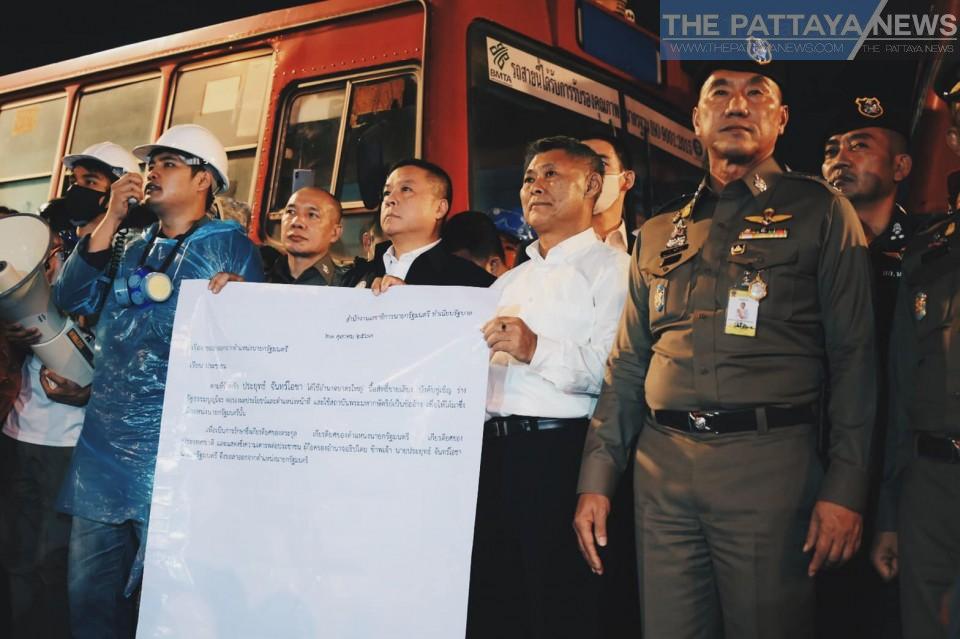 At 10:48 PM., Pasarawalee “Mind” Thanakitviboonpol, a leader of a Democracy Restoration Group, was arrested at a coffee shop for allegedly breaking Article 9 of the Emergency Decree following an arrest warrant issued during a police dispersal of protesters last Friday. She is reportedly being detained at the Region 1 Border Police Bureau. She claimed before peacefully going with officers that she was not afraid of arrest and claimed that the arrest was unlawful.

Meanwhile, the Thai government today has ended the declaration of a severe emergency in Bangkok following the announcement of the Prime Minister to end the declaration last night if there were no violent incidents between protesters, law enforcement, or rival protest groups. 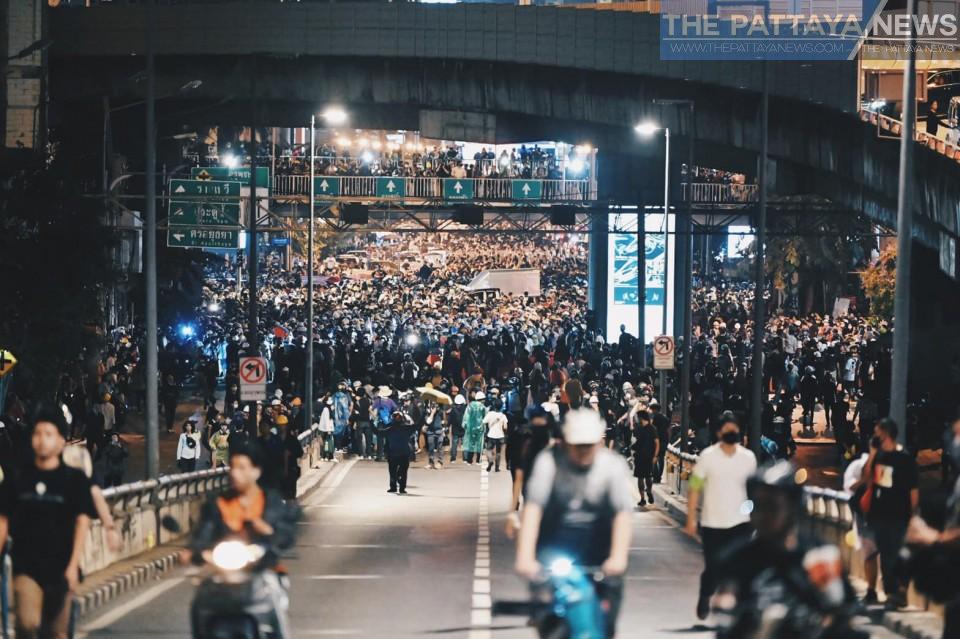