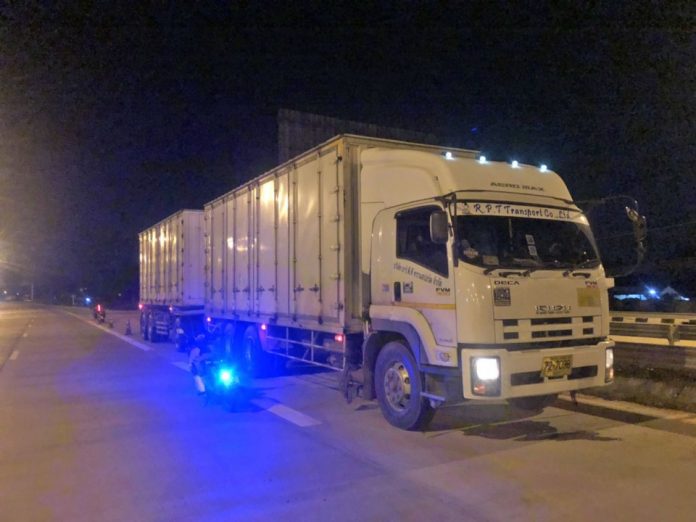 A dog and its owner tragically fell off their motorbike before being run over by a trailer truck early this morning in Banglamung.

The Banglamung Police was notified of the accident after midnight (October 21) on Road Number 36 Pattaya –Rayong road in Nong Plalai.

Police, emergency responders and The Pattaya News arrived at the scene to find the  body of Mr. Winai Chaisri, 31, and his dog that had been travelling with him.

Nearby, rescue workers found his damaged motorbike and the trailer truck. 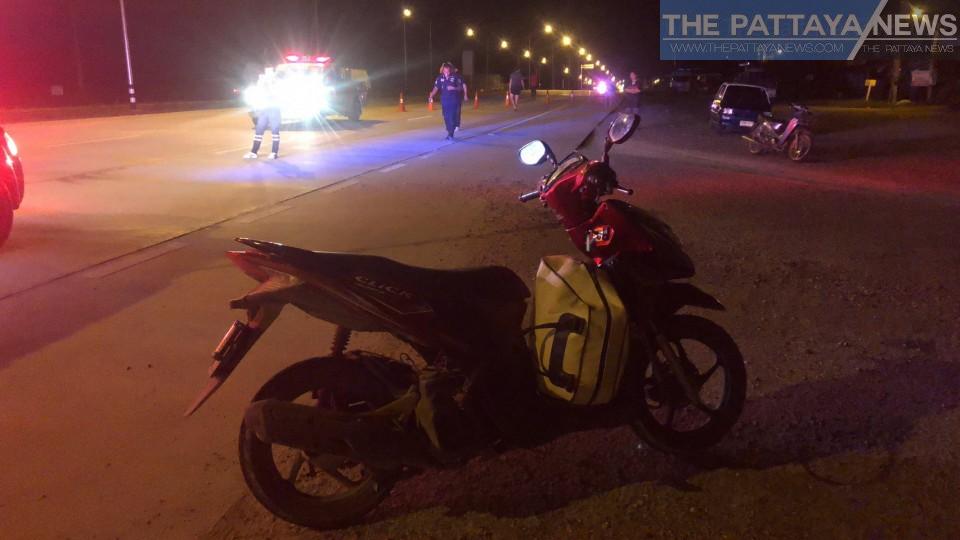 The truck driver, Mr. Jaturapit Samjuajwong, 45, was waiting for police at the scene of the accident and was not injured.

Mr. Junlajak Joomjanda, 18, who was driving on another motorbike and witnessed the accident told police that Mr. Winai was carrying many items including a large yellow bag (seen in the photo above) on his motorbike along with the dog.

Mr. Winai was also carrying his dogs with him. According to Junlajak, Mr. Winai tried to grab the dog who appeared to try to jump off the motorbike or change position, causing Mr. Winai to lose control and fall off his motorbike along with the dog.

Seconds later, the trailer truck driven by Mr. Jaturapit ran over the victims.

Banglamung police are reviewing CCTV in the area following the accident. They did not state to The Pattaya News if any charges would be potentially be levied against Mr. Jaturapit.