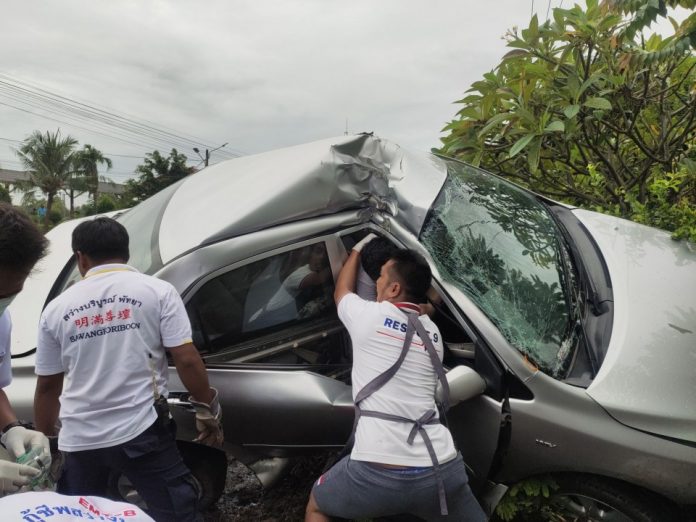 A twenty-four-year-old driver who became stuck inside his vehicle following an accident yesterday sustained multiple injuries after his sedan crashed into a power pole in Banglamung. 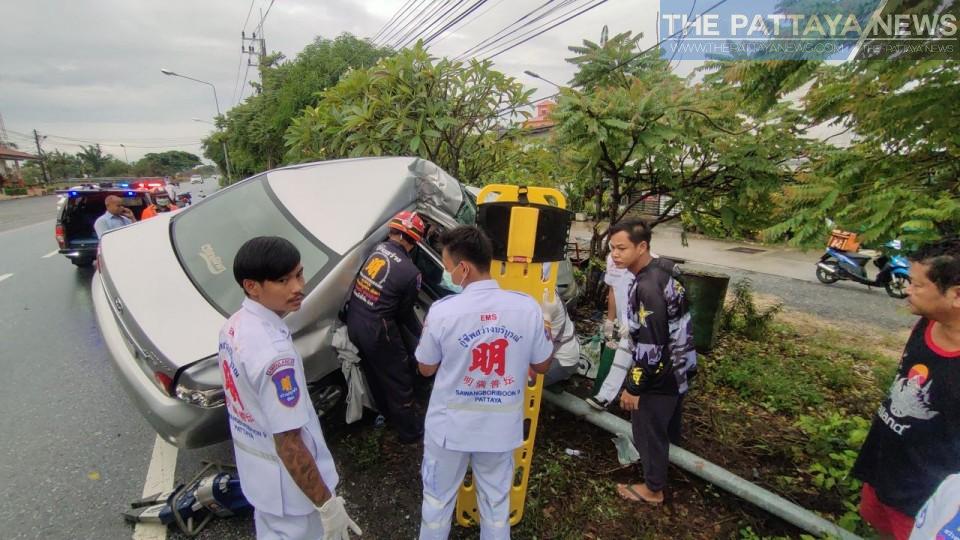 The Banglamung Police were notified of the accident at 7:30 AM on a road near the railway in Nongprue.

Police and emergency responders arrived at the scene to find a damaged sedan had collided with a power pole on the side of the road.

The driver, Mr. Pongsakorn Tanormsuk, 24, was stuck inside the sedan. Rescue workers used a hydraulic cutter to free him before taking him to a local hospital for medical assistance. 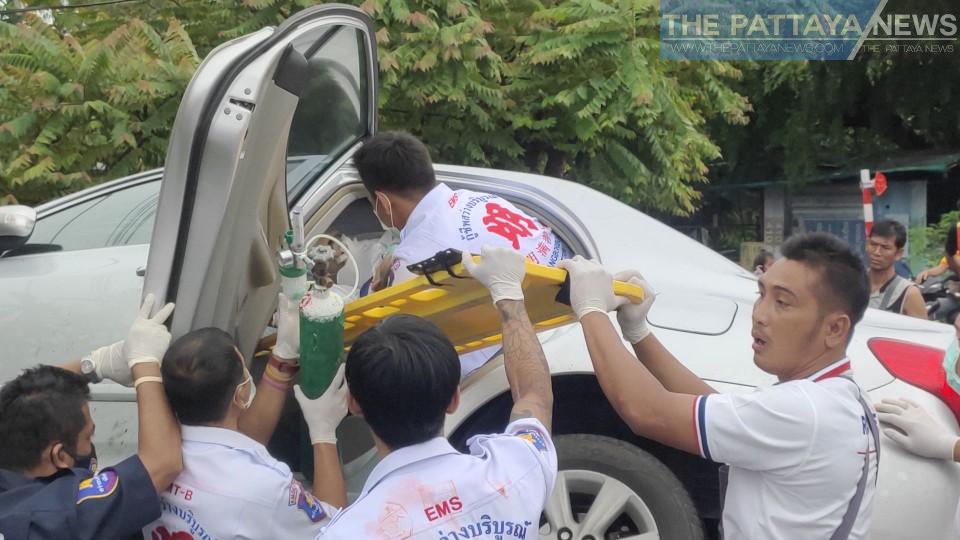 Witnesses told police that the sedan was reportedly speeding before losing control and crashing into the power pole.

However, Banglamung police are continuing an overall investigation to find the exact cause of the accident.