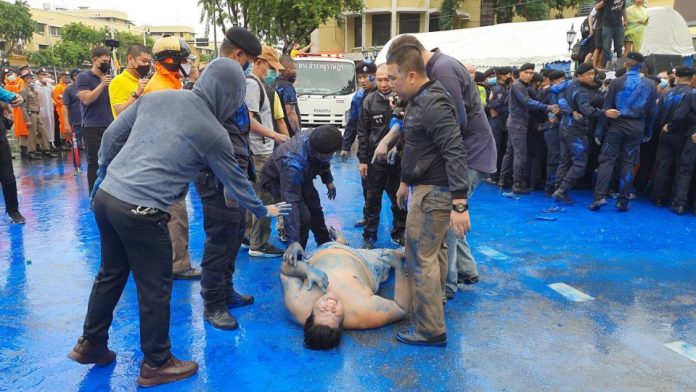 Activist Jatupat “Pai Dao Din” Boonpattararaksa and singer/songwriter Chaiamorn “Ammy” Kaewwiboonpan were taken away by the police this evening, October 13, while gathering early with a number of other protesters at the Democracy Monument, Bangkok in anticipation of a scheduled mass pro-democracy protest tomorrow.

A group of protesters, led by protest leader Pai Dao Din, arrived in Bangkok from Northeastern Thailand this morning and started setting up two tents on the footpath around the Democracy Monument to prepare for the gathering on October 14.

A pickup truck with a stereo and a temporary stage was seen parking on the road along with barricades. The activist and the singer were performing and giving a speech on the stage when police from Samranrat police station arrived at the scene, reportedly asking to remove the vehicle and barricades from the street due to obstructing traffic. Police also claimed there was no permit for a protest or gathering for today, although one is believed to have been filed for tomorrow. 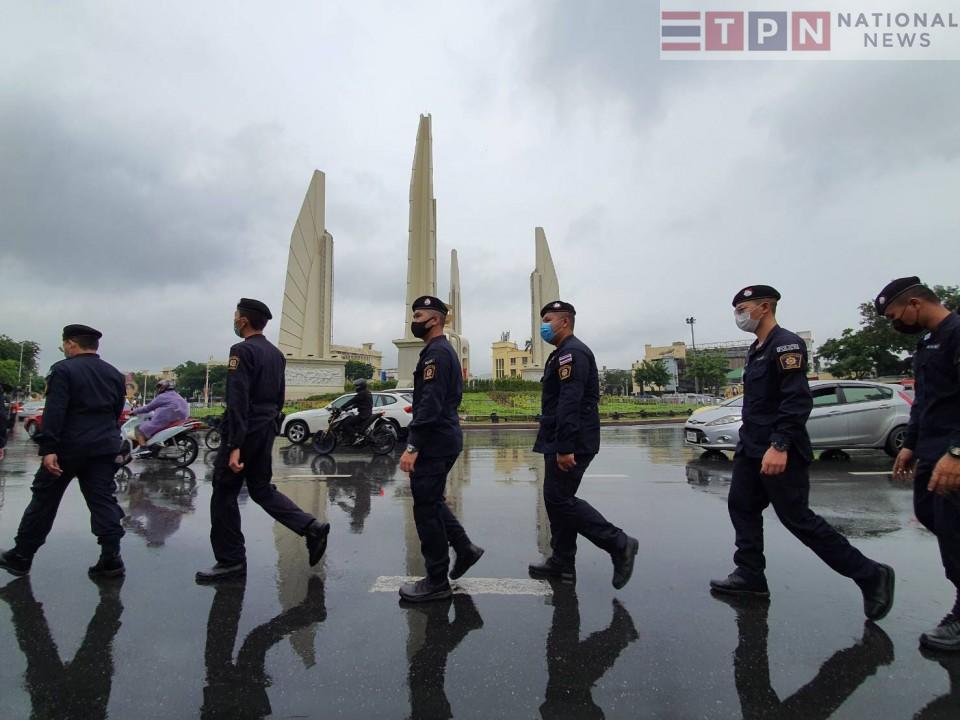 The negotiation failed as the protesters insisted that they would stay overnight in the area. They agreed to stay off the street as the police requested and continued gathering in a peaceful way under police supervision.

A minor confrontation occurred around 3:00 PM when another group of police officers came for another negotiation, requesting the protesters to vacate the area because it was required for an ‘important mission’. According to the activist group, Free Youth, in an online statement, the officers said that it was for preparation for a Royal procession. Protesters had previously reportedly agreed not to obstruct any Royal motorcade or procession.

Five troops of police reinforcement had approached and reportedly pressured the crowd to move back after Pai Dao Din reportedly refused to negotiate whatsoever. Police were reportedly carrying some of the protesters into prison cars when a light scuffle/shoving match between protesters and police officers began.l according to witnesses at the demonstration. 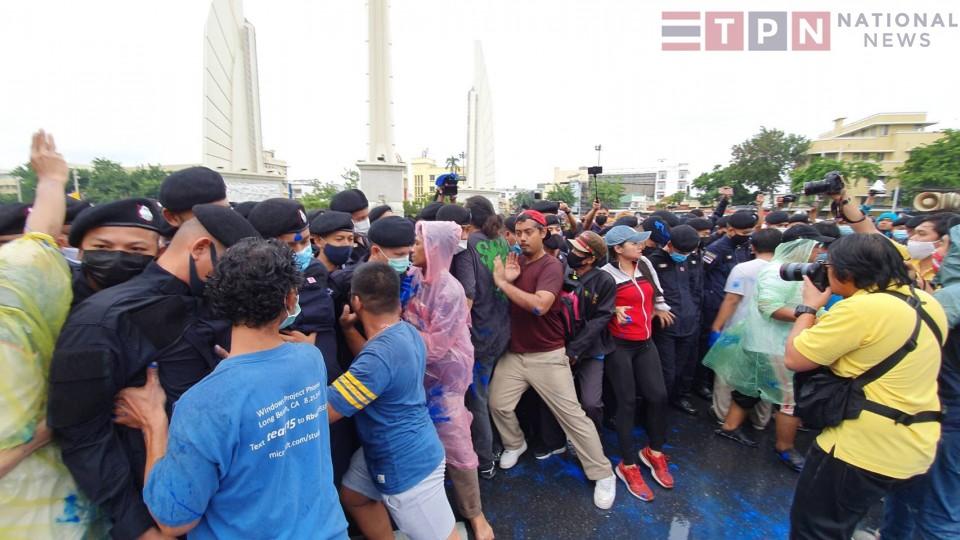 The large group of protesters were seen throwing what appeared to be blue-color buckets of paint and splashing the paint on law enforcement officers to prevent the police from approaching and capturing their fellow activists who were giving a speech on the stage.

Pai Dao Din and Ammy were seen being physically taken down from the stage and carried to police cars around 4:00 PM during the confrontation before the protestors eventually withdrew.

The authorities refused to tell the remaining protest leaders where the others haf been taken to, except that they were being taken to a safe place in the police custody. Meanwhile, the remaining protesters were moving to join an emergency protest at the Bangkok Art and Culture Center (BACC) at BTS National Stadium Station at 6:00 PM, along with many pro-democracy protesters who were furious about the authorities’ behaviors towards their activists.

The urgent demonstration at the capital demands the authorities to release their people before the massive protest tomorrow. They will be reportedly gathering on the skywalk next to the BACC before going to the police headquarters to demand the protesters’ release.