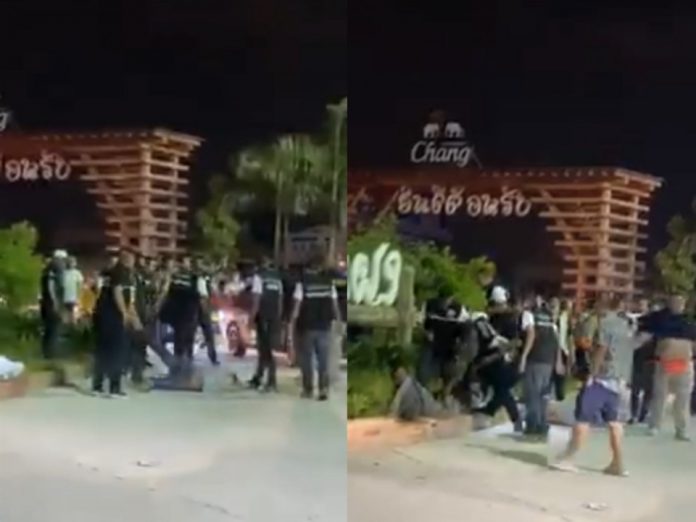 Ten restaurant security guards were called to a Bangkok police station this afternoon after being video-recorded brutally attacking and injuring three Thai customers at a restaurant during the early hours of this morning, October 7.

Footage from around 2:30 AM shows a group of ten men dressed up as security guards appearing to be stomping and kicking a man who was lying unconscious on the ground in front of the restaurant. The video is below and may disturb sensitive viewers.

One of the security guards was later seen callously dragging the injured man to a nearby field where the other two victims were reportedly previously assaulted before continuing to beat him up vigorously. 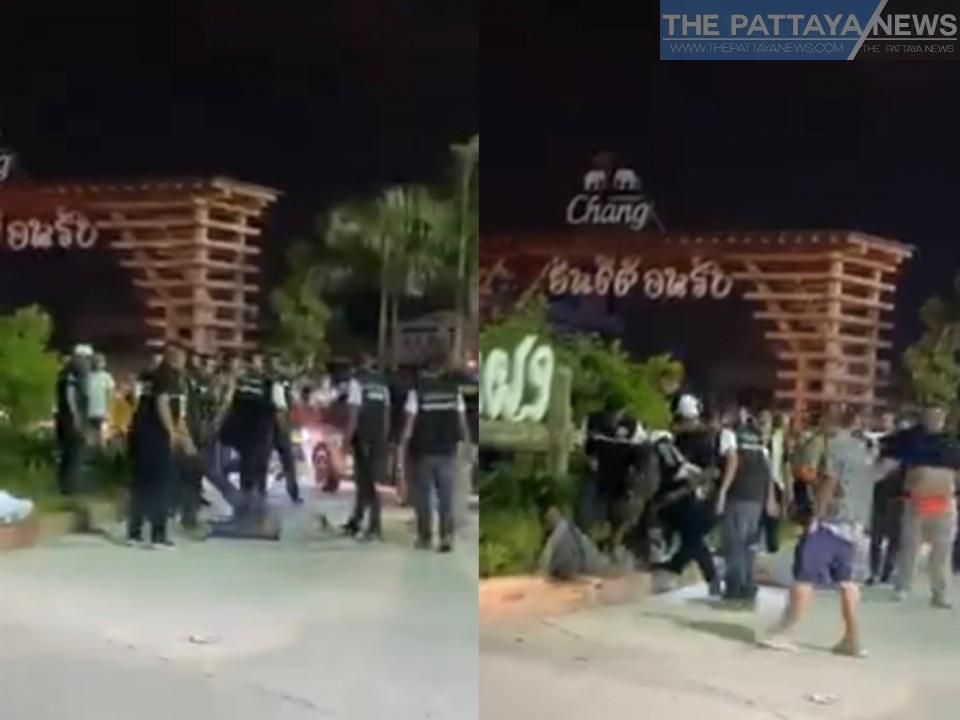 Restaurant customers and Good Samaritans then reported the incident to the rescue officers and police from the Bang Khen Police Station. The victims were rushed to a local hospital while the alleged abusers had reportedly fled the scene as soon as the authorities arrived.

According to a local onlooker, the three victims were believed to be a group of customers who were intoxicated and trying to harass and flirt with female customers sitting next to their table.

The women then alerted the restaurant security who told them to leave the restaurant but one of the male customers instead started cursing noisily before reportedly elbowing one guard in the face. The men then were dragged to the parking lot where the abusive incident occurred. 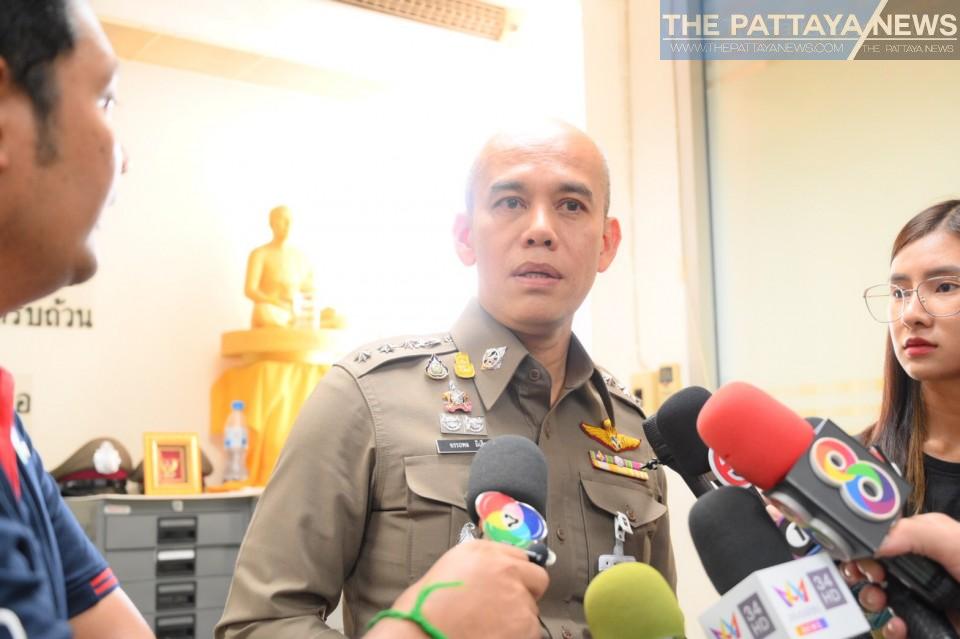 Initially, Bang Khen police officers have informed the ten security members to visit the police station for interrogation this afternoon and to turn themselves in. The team of investigators is also in the process of collecting evidence and medical records from the victims in order to charge the guards for physical assault.

The name of the restaurant, which is a Thai restaurant, has not been released publically due to the ongoing legal investigation.