By virtue of Section 158 of the Constitution of the Kingdom of Thailand, His Majesty the King therefore graciously appointed Arkom Termpithayaphaisit as Minister of Finance, effective immediately.

His appointment comes after the resignation of former banker Predee Daochai who was only in the position for about 20 days before he announced his resignation in early September due to a reported illness.

Arkhom has been serving the government of Prime Minister Prayuth Chan-O’Cha as a Minister of Transport between 2015 to 2019. He also served as the Secretary-General of the Office of the National Economic and Social Development Board in 2014.

He graduated with a master’s degree in economics from the United States and he is believed to potentially be able to solve a financial downturn of the country as well as the nation’s trade-and tourism-related economy due to the Covid-19 pandemic. 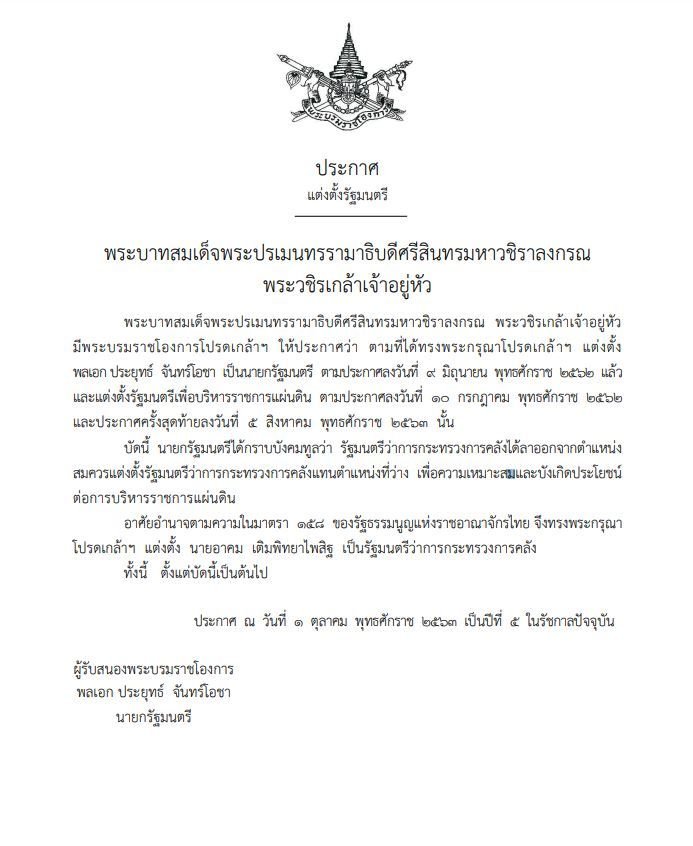