A 29 year old pavilion in a Nong Yai Temple in North Pattaya is being demolished after many homeless people were reportedly staying at the pavilion causing others to be unable to use the area.

The temple is located at the entrance of Soi Nong Yai on Sukhumvit Road in Nongprue.

Mr. Rarong Tawatchai, a local who is also a caretaker of the temple told The Pattaya News, “The pavilion was built in 1991 which is now 29 years old.”

“This pavilion was intended as a place for locals and students nearby to do their activities.”

“The reason that we have to demolish this pavilion is there were many homeless people staying at the pavilion. Law enforcement and homeless center officials tried to remove them multiple times but failed so the decision was made to demolish the temple.” 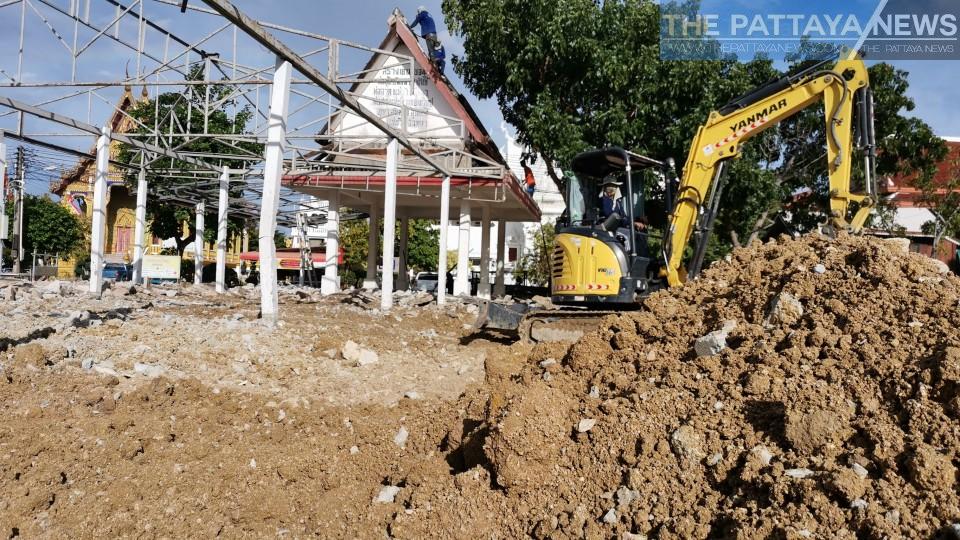 “The homeless made the pavilion dirty by littering and leaving garbage. Sometimes they were even fighting here and often drinking alcohol in proximity to the temple. Other people could not use the pavilion.” Stated the caretaker.

“The temple abbot agreed to demolish the temple in order to avoid these problems. We didn’t want to do this but we have to.”

The temple abbot added that after the pavilion was demolished, they have more spaces for parking with nice scenery.