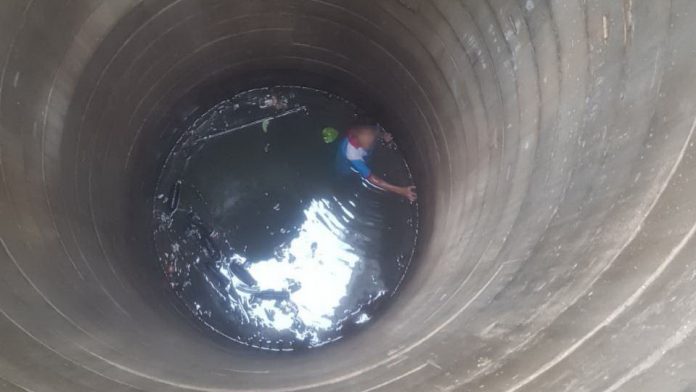 A young boy has been rescued after falling down into a well at a school in Si Racha today.

Rescue workers were notified of the incident at about noon today at a school in the Bo win sub-district.

They and The Pattaya News arrived at the school to find the 10 year old boy at the bottom of the well which was about five meters deep. 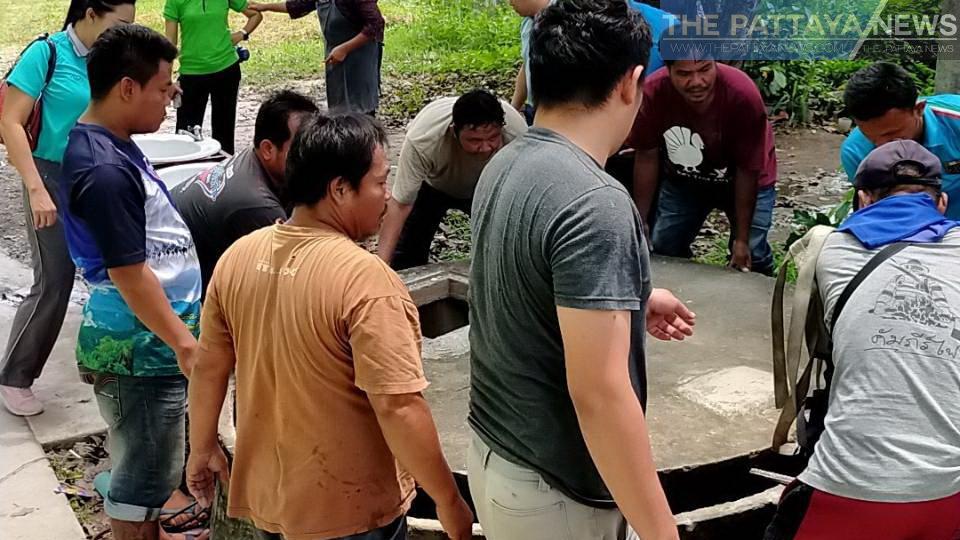 Rescue workers dropped a rope with several knots down to the boy before pulling the boy up from the well. 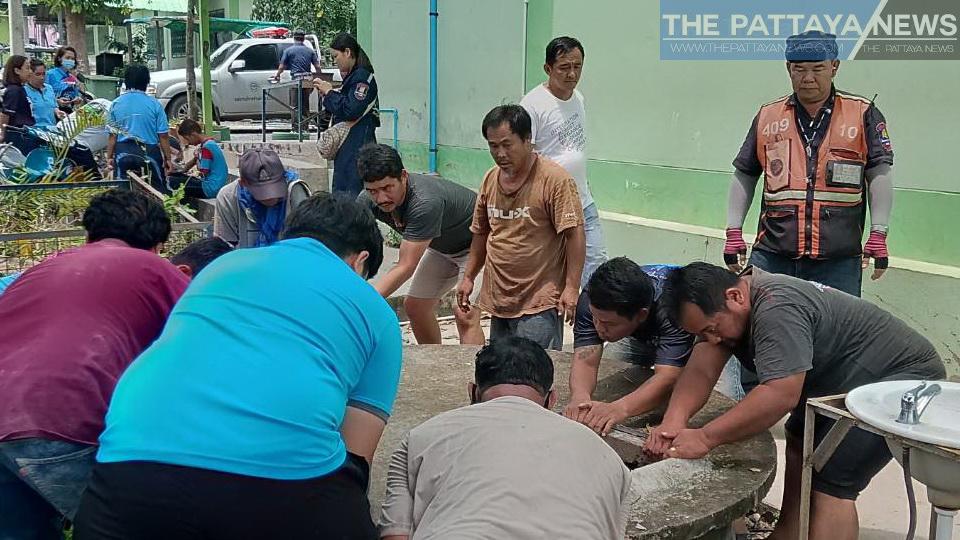 The boy, who was not named due to his age, told The Pattaya News that he was playing on the well’s cover when the cover broke, plunging him into the well. Friends nearby called for assistance. The boy was not injured during the incident and remained in high spirits after being rescued.