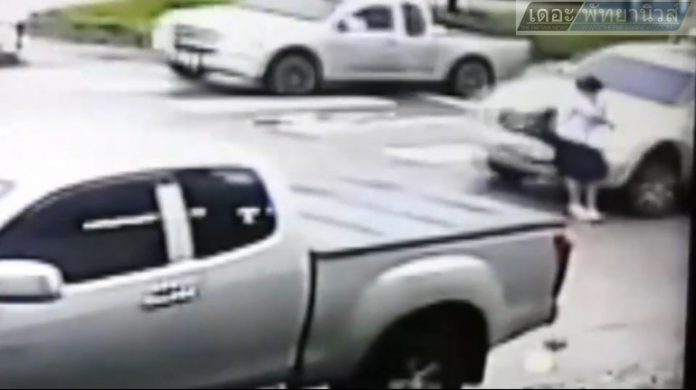 A young student was hit by a car while she was crossing a road at a zebra crossing (pedestrian crosswalk) in Mueang Chonburi yesterday afternoon.

Emergency responders were notified of the incident on a road near a private housing estate. They arrived at the scene to find a 14 year old female student lying injured on the road. She was rushed to a local hospital. Her name was withheld due to her age. 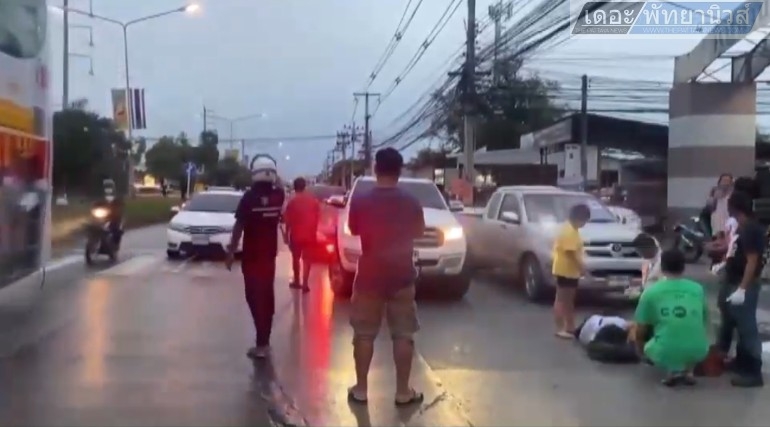 The male driver, 41, whose name was not given by law enforcement, said the student was crossing the road and two other cars were stopped for her.

The driver claimed he was unable to see her crossing the road at the zebra crossing. 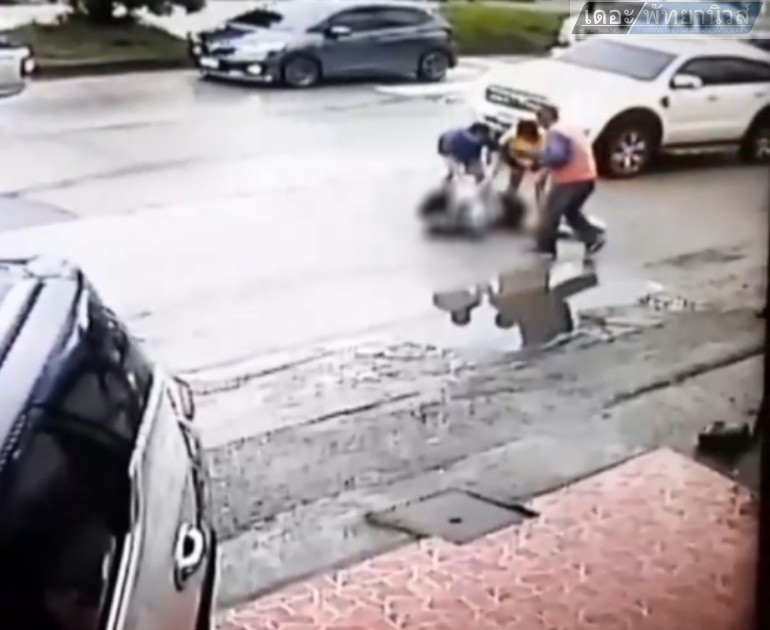 Locals have urged relevant agencies previously to install a traffic light for pedestrians at this particular zebra crossing which is used often for students going to and from schools. The following video, although not graphic, may disturb sensitive viewers.