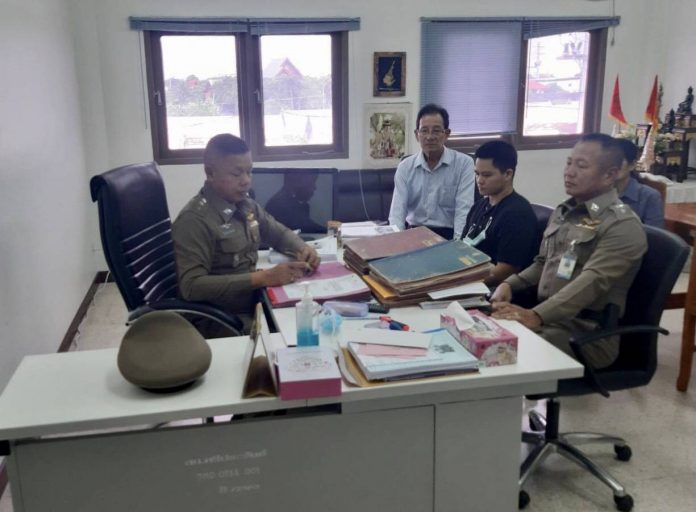 The victim, whose name was not given per our editorial policy and at family request, 39, was tragically shot to death today, September 21, while she was visiting the temple in Bangkok early this morning.

Officers from the Phasi Charoen Police Station arrived at the scene shortly after being alerted of a shooting incident around 7:00 AM. The victim was found lying next to her own car parked near the ordination hall and was shot 3 to 4 times in the back of her head. Her roommate, who was only named as Maneerat, told the officers that she came to visit the temple early with the deceased in the morning to make merit (a religious ceremony) and saw a suspicious SUV car with no license plate parked next to the victim’s car. They decided to go inside as they did not think anything would happen.

The suspected murderer, estimated to be 35 to 40 years old, who was seen covering her face with a cap and a mask on CCTV, had reportedly got out of the car as soon as the victim had reached her vehicle to drive home.

The suspect reportedly immediately grabbed the victim’s hands, holding her around her neck before firing several shots at the victim directed to the back of her head and quickly fleeing the scene in her black SUV.

The roommate quickly reported the incident to the police and was not injured. According to her statement, the victim was an online merchant who sold bags and clothes on social media and only shared a house with her and her friend.

Later in the afternoon, the alleged murder came to the Sriprachan Police Station in Suphanburi province and allegedly confessed to the crime. The reason for the murder was reportedly due to a relationship dispute. It is unclear if the relationship was between the suspect and the victim or if it involved a third party.

The female police officer was transferred to the Phasi Charoen Police Station for further interrogation and legal proceedings as of this evening.