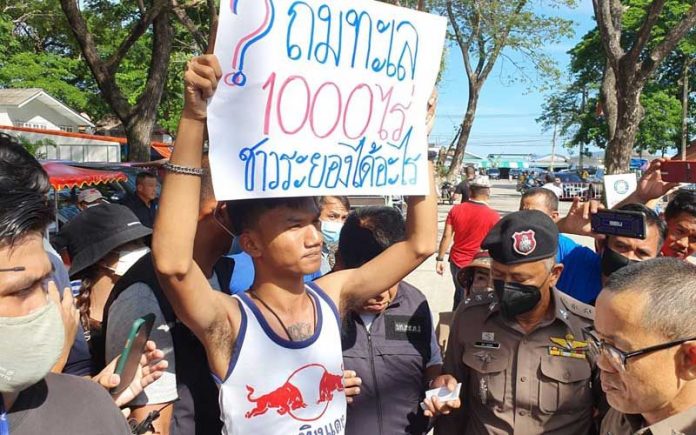 Anti-government activists, Arnon Nampa and Panupong Jadnok, were placed under arrest for sedition in connection with the Free Youth protest at Thammasat University, Rangsit Campus on August 10. Both have been arrested previously.

Panupong was nabbed by uniformed and non-uniformed officers while he was holding a sign reading: “What do Rayong people get from land reclamation for over 1,000 rai (395 acres)?”

He was among 5 other activists who faced an arrest warrant issued in connection with the Free Youth protest at Thammasat University on August 10, namely Panusaya Sithijirawattanakul, Arnon Nampa, Nuttchanon Pairoj, Thanawat Janpaluek, and Sittinon Songsiri. 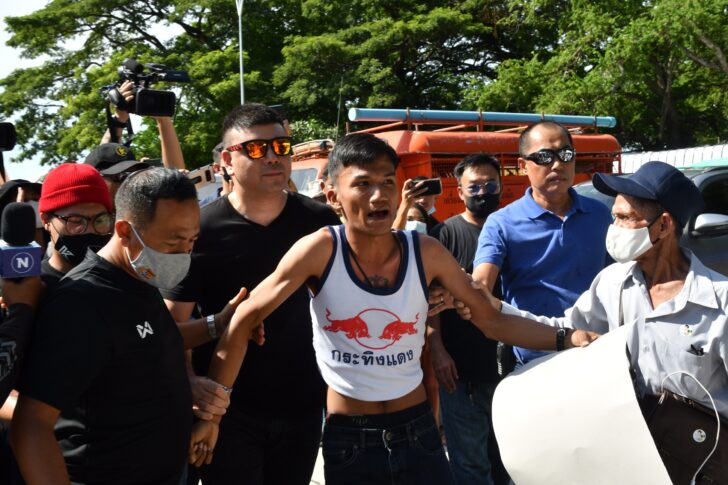 The warrant was approved by the Thanyaburi Court in Pathum Thani on August 14, accusing him of sedition under Section 116 of the Criminal Code, committing computer crimes, violating the disease control law, and using loudspeakers without permission.

The protest leader was transferred and detained overnight at Khlong Luang police station, Pathum Thani. A group of two-hundred police officers from Pathum Thani and Nonthaburi were ordered to take the activist to the Thanyaburi Court for the hearing of detention request today, August 25. 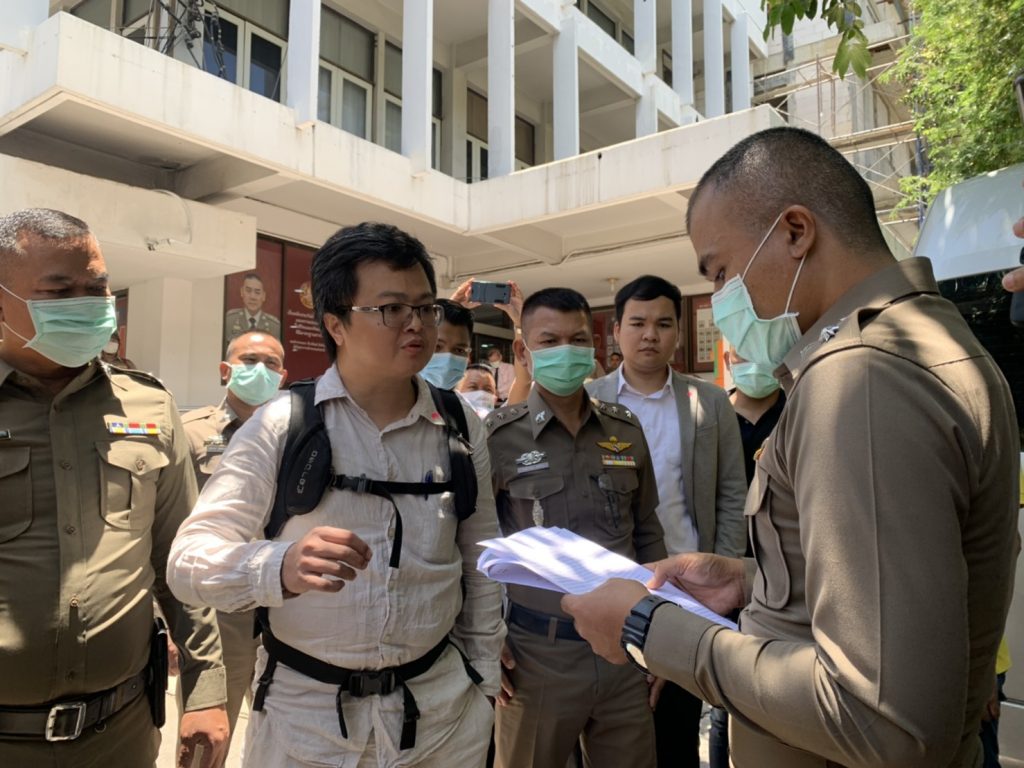 Both of them were previously arrested earlier on August 8 in connection with a mass pro-democracy protest in Bangkok on July 18 and were released on bail for similar charges.

The prominent activists were taken to the Court in the afternoon for the hearing of detention requests. They were eventually granted an unconditional bail around 5:00 PM with no collateral bail bond.