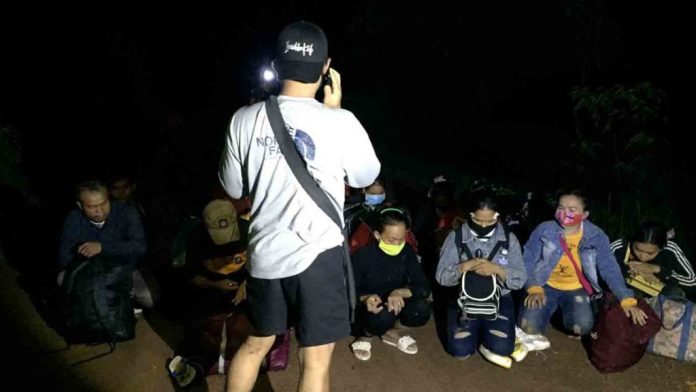 Led by Col. Chisnupong Rodsiri, Deputy Commander of the Burapha Forces, a large team of law enforcement located the group who were on foot around midnight last night, August 14, attempting to navigate a forest with a handler.

The handler, who is a Thai national but was not named, stated he was being paid 4,500 baht by a company in Suphanburi to bring the workers to them. The company, whose name was not given to the press, has reportedly denied the claim according to law enforcement. In addition, each migrant worker had to pay the handler 2000 baht each as well.

Thailand has heavily cracked down on border security due to fears that illegal migrants could bring the Covid-19 virus from other countries. Thailand has not had a single confirmed locally spread case of the virus in over 80 days.

The 29 illegal migrants will be returned to their country after a check for Covid-19 and processing. The handler will face legal charges and prosecution.