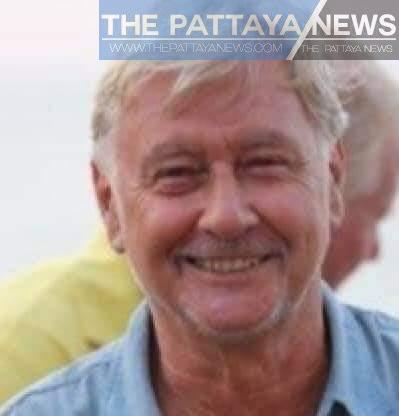 It is with great sadness we report the passing of our dear British friend and Pattaya Expats Club colleague RICHARD RAVENSDALE, aged 69 years.

Richard has been a valued member of the Pattaya Expats Club ‘Production Team’ from its very early days at Astoria Resort 2002 (next to the Dusit Thani Hotel), then via Henry J Beans, Green Tree Restaurant & Pub, Grand Sole, Mercure Hotel and now Amari Hotel Resort.

He gave 7 years serving as Vice President PEC, 16 years as a Board Member, 18 years as Meeting & Program Manager, meticulous stage presenter, event organizer and newsletter writer.
Richard has micro-managed PEC through all of this and it would be fair to say that PEC is what Richard has made it. Indeed a difficult act to follow.

Thank you Richard, for your dedication to our Club, its members, and Pattaya.

Richard’s young home-life was centered in Devon, South West England, and after graduating from Plymouth College of Art & Design, and Exeter University, in Educational TV Production, Film & Photography at age 21, Richard spent the next 20 years traveling around Asia and Australia.

He spent a lot of time in the Himalayan region and fronted many exploratory expeditions to Mustang, Nepal, Mt. Kailash, Tibet, Zanskar and Ladakh through his Travel & Overseas Adventure Tours Company, based in Devon. This included scuba diving tours to Thailand.

His photography training earned him a Fellowship of the prestigious Royal Geographical Society (FRGS) in 1978 for contribution to Himalayan ethnographic photography.

Around 1997 Richard moved to Pattaya and for the next 5 years managed a Beach Resort of apartments in Wong Amat Bay, where he connected with the Pattaya Expats Club (PEC), then in its infancy.

Throughout his time with PEC he continued to visit the displaced Tibetan refugees in Nepal at least twice a year until 2018, through his very successful registered UK charity ‘Trek Aid’, where he would organize worldwide professionals to volunteer their time to provide aid & help to the refugees, as well as supervise numerous development projects for youth vocational training, medical aid, elderly care, school sponsorships, construction of homeless family homes and community halls.

Richard expressed a profound sense of ‘loss’ when the charity finally closed, and he had to cease his officially sanctioned trips to Nepal refugee camps.
His talent for life was much more than this short synopsis can ever express.

This video showing Richard interviewing an author for ‘Pattaya People Television’ is on Youtube:

Originally written by The Pattaya People Media Team. We here at the Pattaya News also work with the Pattaya expats club and give our sincerest condolences.