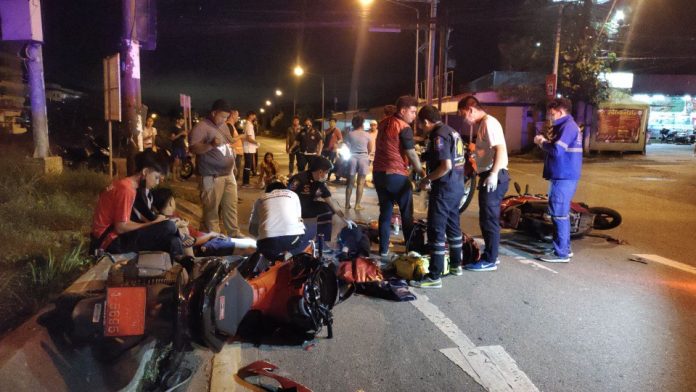 Three people have sustained injuries after a motorbike crash in Nongprue, according to Nongprue Police.

The Nongprue Police was notified of the accident at 3:00 AM yesterday morning at an intersection near Soi Khao Talo.

Police, emergency responders and The Pattaya News arrived at the scene to find two damaged motorbikes.

Three people had sustained injuries who were named as Ms. Anatita Pimsri, 29, Mr. Nattawat Tepraksa, 16 and his passenger whose name was not given. They were taken to a local hospital for medical assistance with mostly minor injuries.

Mr. Nattawat told police that the other motorbike driven by Ms. Anatita had allegedly immediately come out from the intersection while he was driving legally and at a normal speed.

Nongprue police are reviewing CCTV footage nearby to follow up on the statements made by Nattawat and determine exact fault. 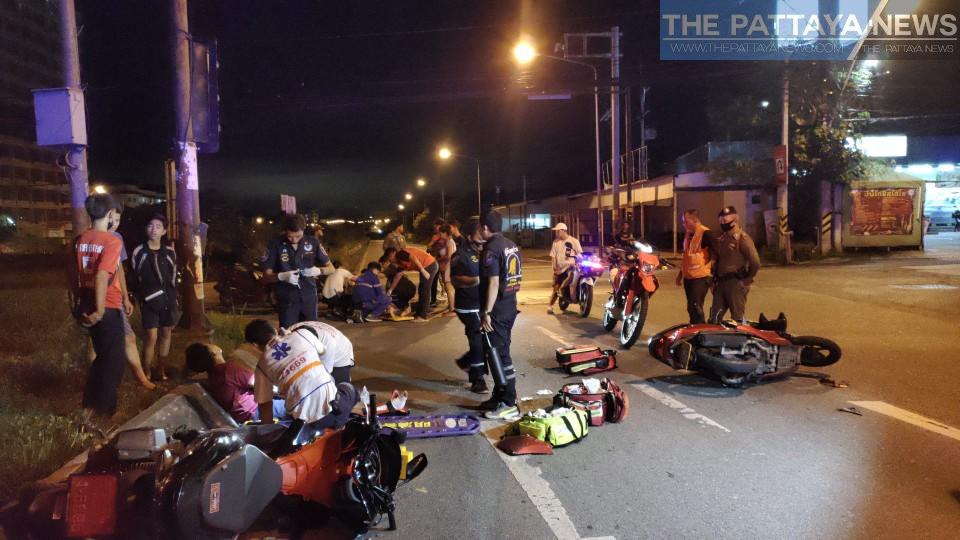