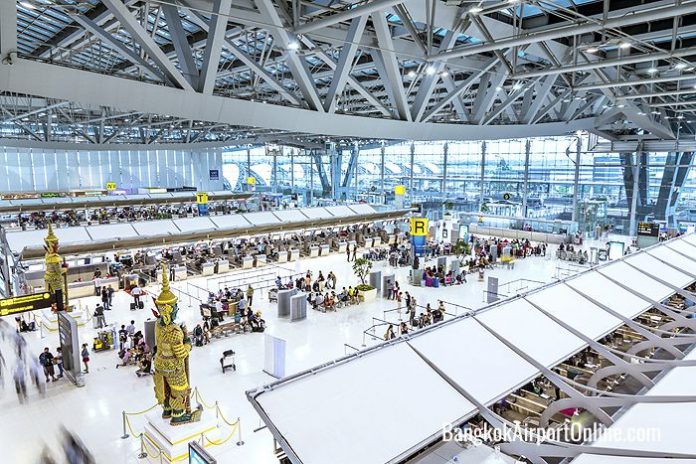 A diplomat, whose country was not made clear, attempted to do a private quarantine at a condominium in Bangkok last evening and was refused by condo management which led to a dispute, resulting in police, Bangkok district leadership, Embassy officials and Ministry of Foreign Affairs representatives called to assist.

The diplomat, who was not named, attempted to self-quarantine at a popular condominium in Bangkok around 9:00 PM last evening. The diplomat had arrived in the country earlier in the day at 2:00 PM. Police, the Ministry of Foreign Affairs, the Embassy of origin for the diplomat, Bangkok district leadership and others were called to resolve the dispute.

The diplomat had tested negative for Covid-19 in both their country of origination and at Suvarnabhumi Airport and had proof of the tests, however, the condo refused stating they would not put nearly six hundred other residents at risk. Additionally, the condo was not in the name of the diplomat, condo management added.

The diplomat was moved to an alternative state quarantine after an extended debate and discussion with Thai officials and foreign Embassy officials, where they will remain for fourteen days with no exposure to the general public, said the Center for Covid-19 Situation Administration, or CCSA, today. The CCSA added that the diplomat was not exposed to the general public last night and the request for self quarantine at the condo was handled by embassy representatives and not the diplomat directly.

In addition, the CCSA spokesperson Dr. Taweesin Visanuyothin said that in regards to the incident and a previous incident last weekend in which a nine year old girl from Sudan self isolated at a condo and was found to be infected, all ambassadors and diplomats will now be required to conduct a fourteen day quarantine at an approved state quarantine or alternative state quarantine location.  He stated that diplomats would no longer be allowed to quarantine at a populated condominium or other location.