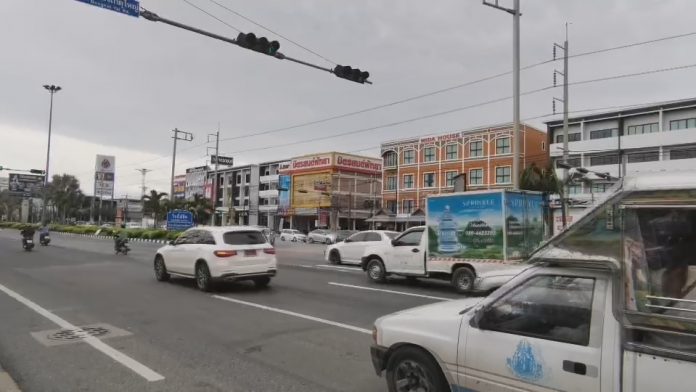 A Cambodian suspect has escaped from a Banglamung police truck while being moved to the Chonburi Immigration Office yesterday.

The suspect had been arrested over allegedly illegally working in Thailand and was set to be deported.

Yesterday afternoon the Cambodian man, who was not named to the local press, escaped from a Banglamung Police truck at the Nongket Yai Intersection when the truck stopped for a red light. They were on the way to the Chonburi Immigration Office where he was then due to be processed to the Bangkok Immigration Detention Center.

Police did not comment on how exactly the suspect escaped.

Police took about two hours to search for him but failed. Banglamung police stated they are continuing to review CCTV in the area and hunt for the missing detainee.