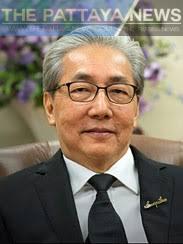 Deputy Prime Minister Somkid Jatusripitak spoke to the Associated Press this week and said that reopening borders and allowing international travel would start in the third and fourth quarters of this year.

However, the process will be anything but allowing just anyone to stroll in, he stated.

Thailand will likely first allow in countries that have controlled the virus or are deemed free of the virus, he said. He added that individual places, not just a whole country, could be considered.

There is a scheduled meeting tomorrow, Wednesday the tenth of June, to discuss planning for bilateral travel agreements, also called bubbles, with other countries.

Somkid would not name to the press the specific countries being considered or that the government was in discussion with to currently return to the country. He did, however, hint that Asian countries that had controlled the virus were likely to be first.

The Government has not officially decided on whether to extend the total ban on inbound international travel past June at this time he also added.

If removed, at this point the only foreigners who could come are those with work permits and some diplomats, the government has previously stated. All will require a two week quarantine at their own expense and must start the process through their local Thai embassy.

Somkid stated that the overall approach for entry was to be cautious and slow as the country did not spend months to practically eliminate the local spread of the virus only to let it return by opening the doors to everyone.

He did not specifically speak about foreigners desperate to return to the country who are separated from their loved ones and are generally long term residents who have been pleading with the government to let them return. Some have been separated from their wives or children for coming on four months now and face a longer, uncertain wait in the near future.