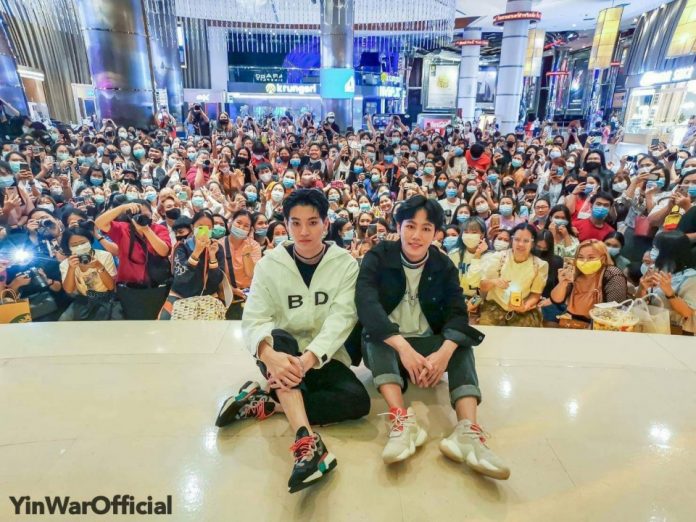 Major Cinemas have issued a public apology and announced a temporary closure through at least June 9th of the cinema at the Siam Paragon in Bangkok after hundreds came to an event with two famous Thai actors over the weekend.

The event, which was for Thai actors Yin and War who star in a popular Thai series was meant to be a minor and small impromptu event but led to hundreds of fans arriving at the lobby area in front of the cinema. Photos like the one above showed the celebrities posing in front of hundreds of their fans.

The event was on the evening of June fifth.

Major Cineplex released an apology this morning stating that the event was a miscalculation by individual staff and that the cinema was closing the cinema for the next several days to conduct training with staff on social distancing and hygiene measures.

The images of the crowded event had gone viral on Thai media leading to concerns on social distancing.