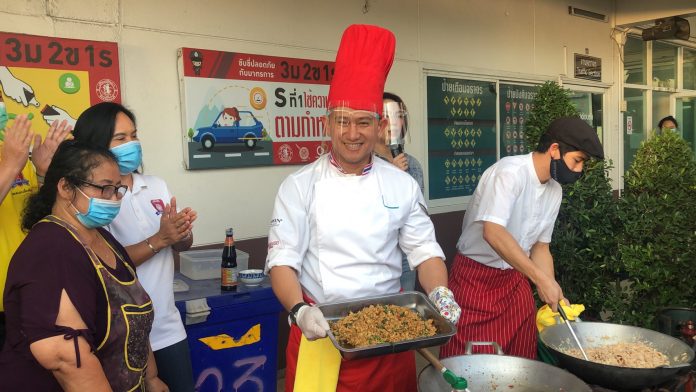 Pattaya-
The Pattaya City Police led by Colonel Khemmarin Pissamai became chefs after a charity kitchen opened for the needy yesterday in front of the Pattaya Police station.

For the Pattaya City Police Station, the event was even more special as several police did the cooking for the needy by themselves.

A video of the event we took can be found here:

They have provided proper physical distancing, hygiene standards and a queue system for diners, all who ate free.

Private sectors have also donated ingredients to the Pattaya City Police kitchen to cook for the needy.