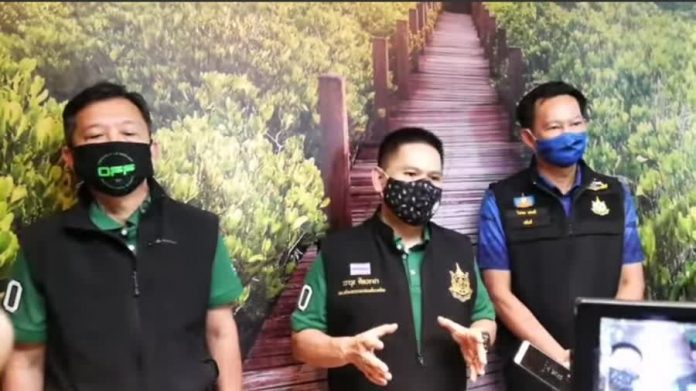 RAYONG(NNT)- The Minister of Natural Resources and the Environment is aiming to propose a three month closure every year of national parks, to allow nature to regenerate itself.

Mr. Varawut Silpa-archa, Minister of Natural Resources and the Environment mentioned the proposal during a trip to preside over a mangrove forest planting event and the new nature and marine creature exhibition center in Rayong province.

He was speaking during the present closure of national parks all over the country due to the COVID-19 outbreak. Wild animals have been appearing more often than at other times, because human activities are no longer a threat. To help promote natural regeneration, the ministry is now creating a plan to close all national parks and their attractions for three months every year.

However, the minister also asked tourists and local residents to help conserve national resources and travel without harming wildlife in any way. The ministry will announce the closure period of each national park later.