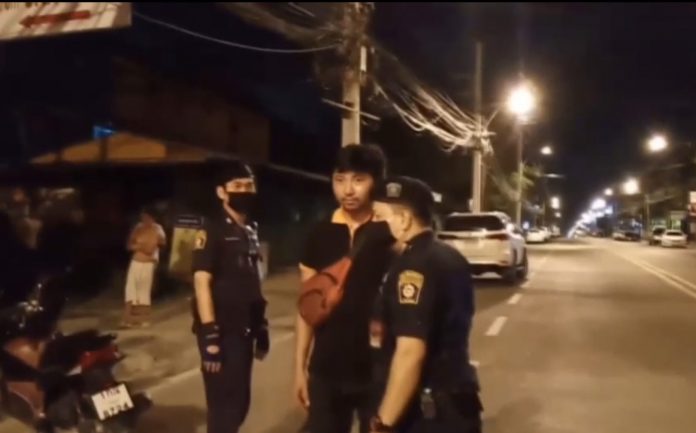 Pattaya-
Pattaya Police have arrested a curfew breaker last night and instead of prosecuting him decided to punish him by singing the Thailand national anthem on video and apologizing publically.

The Pattaya City Police and The Pattaya News were notified at 11:00PM last night on Pattaya –Naklua Road that a curfew breaker had been caught by a regular patrol.

24 year old Thai National Nattawat Saelue was allegedly driving a noisy motorbike at a high speed and not wearing a helmet when stopped by a law enforcement patrol. He was also intoxicated, although not heavily, according to Police.

Nattawat allegedly admitted to Pattaya police that he was just back from drinking alcohol with friends in Soi Poetisan and had lost track of time in terms of the National Thai Curfew, which is from 10:00 PM to 4:00 AM. He was very cooperative with police, officers noted.

Police punished him by asking him to sing the Thailand National Anthem and apologize before releasing him with a soft warning, which they have the authority to do. They hoped that the embarrassing action would help discourage others from also wishing to break curfew as a creative punishment.