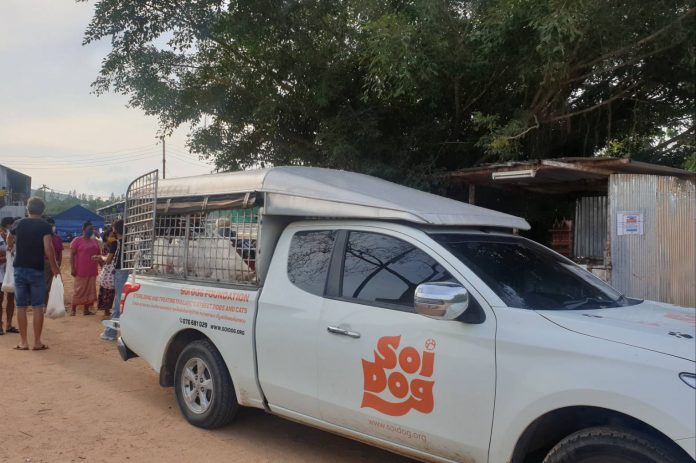 The following is a press release distributed by the Soi Dog Foundation:

Staff from the Soi Dog Foundation came together yesterday (April 26) to
distribute relief supplies to workers from Myanmar who have found
themselves with little or no income due to the outbreak of Covid-19.

A total of 172 packages were handed out, with supplies including two
kilograms of rice, instant noodles and cans of sardines. The supplies were
funded by individual donations from staff members as well as their families
and friends.

In Mai Khao, where Soi Dog is based, a number of construction projects
have ground to a halt, leaving migrant workers without an income. Many of
those working in the service sector, such as in restaurants and hotels, have
also found themselves destitute. The supplies distributed by Soi Dog should
support 172 families affected by these suspensions and closures. 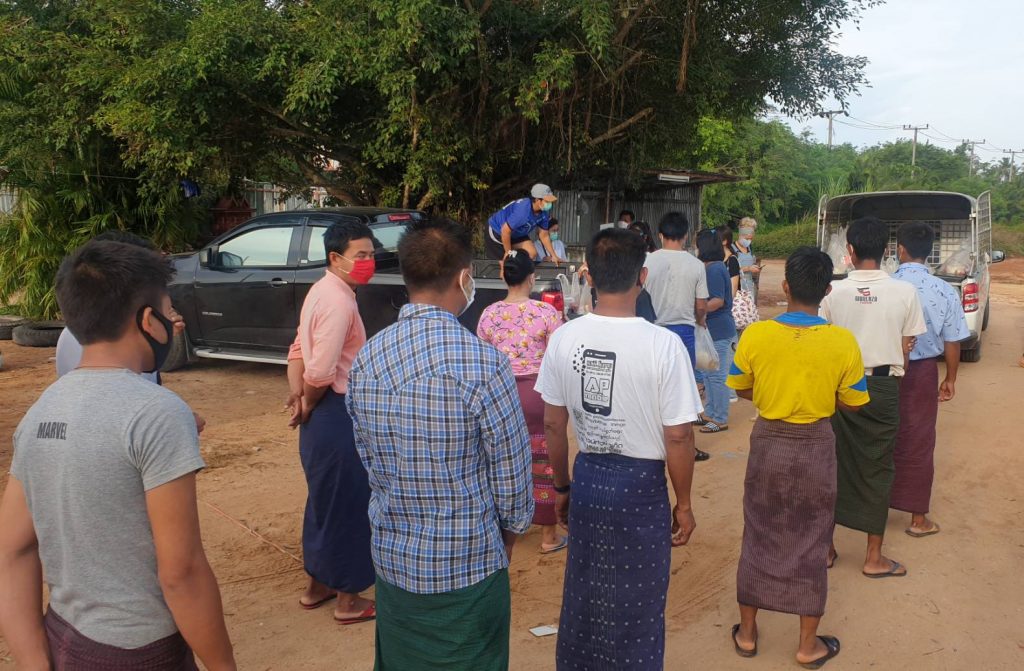 Health and safety protocols were strictly followed during the distribution.

Families kept a safe distance while queuing to collect their packages, and
face masks were worn without exception.

Soi Dog continues to look out for Phuket’s homeless animals who also
face difficulty in finding food at this time. Ahead of the island-wide lockdown
from April 13-26, Soi Dog distributed over 11 tonnes of dog and cat food to
stray animal feeders across the island. Work also continues at the shelter to
care for those who are sick and injured.