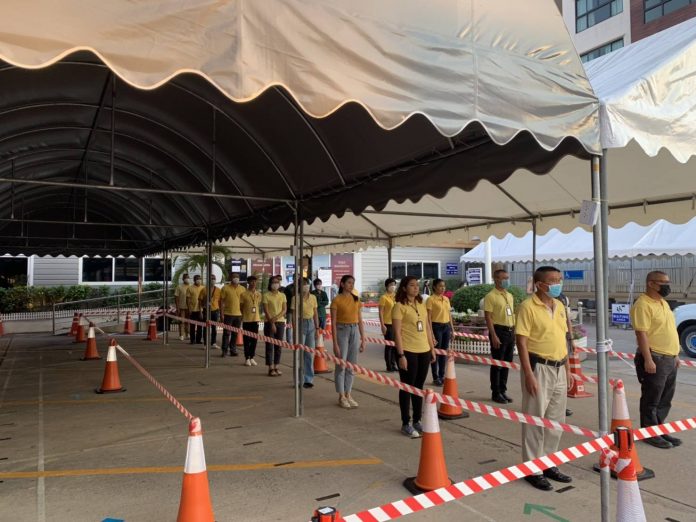 As Thailand continues to implement measures for social distancing, one of the most glaring exceptions has been video and photos coming from busy Immigration centers across Thailand as an estimated 500,000 tourists countrywide come to terms with being stuck in Thailand for an extended duration and look to extend their visa’s.

Thai Immigration in Bangkok has stated that although Immigration Commanders understand the situation and are making every effort to take care of those foreigners who need assistance they also have to balance National Security at the same time.

Immigration Centers, besieged with long lines in a time when people are asked to socially distance to prevent getting the Covid-19 Coronavirus or spreading it, have responded by opening secondary locations or larger waiting areas depending on the province or city. Additionally, they are attempting to make longer queues and lines, provide temperature checks, provide hand sanitizer, require masks and other precautions.

However, country wide, Immigration is asking for foreign non tourist residents, such as those on retirement visas or marriage visas, to file their 90 day reporting online for the time being. They said they have taken measures to improve the application and process on their website.

Comments on social media, however, still report difficulty doing so and many foreign residents on a retirement visa lack the technical knowledge and skills to figure out an online application and prefer coming in person.

Thai Immigration also said people can even submit their 90 day check in the traditional way, through the post office, and information to do so is available online.

As for foreigners on a tourist visa, the situation is subject to change and Immigration say they are looking at the situation on a daily basis. For the most part, thirty day extensions are being granted for a fee of 1,900 baht if a tourist is on their first extension. They will need an embassy letter, many of which are available online, saying they cannot travel. For those tourists who cannot get a letter or are on a second extension, the situation can be more complex according to Immigration spokesperson Phakkhaphong Saiubon, and one should go and speak to an officer about what to do.

It has been previously confirmed, despite anger on social media, that overstay fees will remain in place. These are, however, primarily for those who choose to do nothing vs. then speak with Immigration and sort out their individual travel issues. 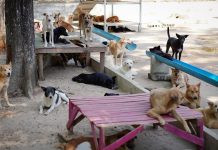