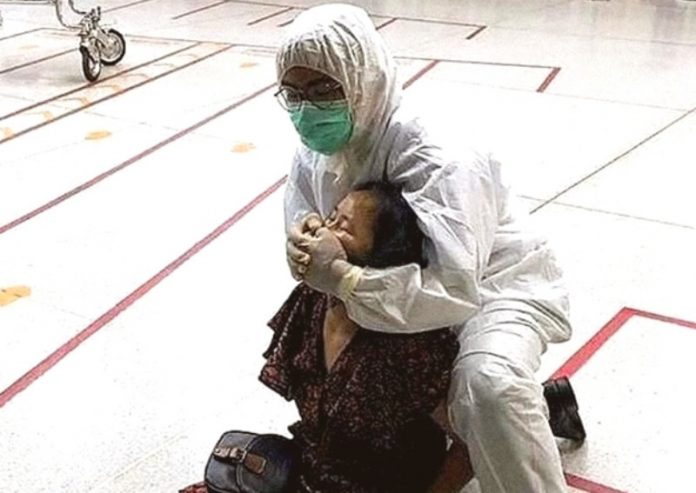 On Thursday, March 19th, 2020, a Chinese woman, who was not named by authorities, was arrested in Bangkok for allegedly repeatedly spitting on public transportation, refusing to be detained, refusing law enforcement officials orders and attempting to refuse a quarantine and a Covid-19 test.

The woman, who had been riding on a bus from Bangkok to Saraburi, began spitting over and over again, concerning other passengers. The woman then went to a other public transportation and began more public spitting, causing officials from the Department of Disaster Prevention and Mitigation to speak to the woman.

She refused to cooperate with the officials, allegedly spitting at them and then refusing to be taken for a Covid-19 test and potential quarantine.

The woman resisted arrest, as seen in the photo taken above, which was published by the DoDPM on their social media feeds as a warning of inappropriate behavior. She was forcefully taken to Siriraj Hospital where she was forcefully given a COVID-19 test which she tested negative for. Officials said she was extremely uncooperative and would not answer any questions about her bizarre behavior.

It is unclear if she will face any legal action for the public incident or if she will be required to pay for the test. Officials did not answer questions regarding if she remained in custody or not. 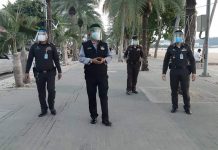 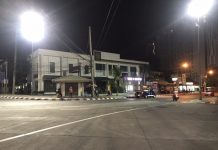 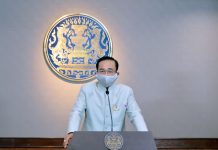