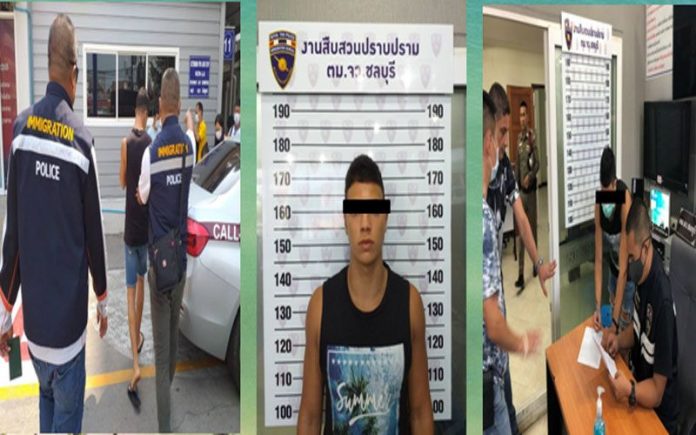 A Tunisian teenager was arrested by Chonburi immigration on Friday afternoon.

The media asked the public to call 1178 to report such infractions.

Immigration Police stated they had a tip from a concerned citizen that led to the arrest and discovery.

Mahmood will be deported at his expense and blacklisted for at least five years.