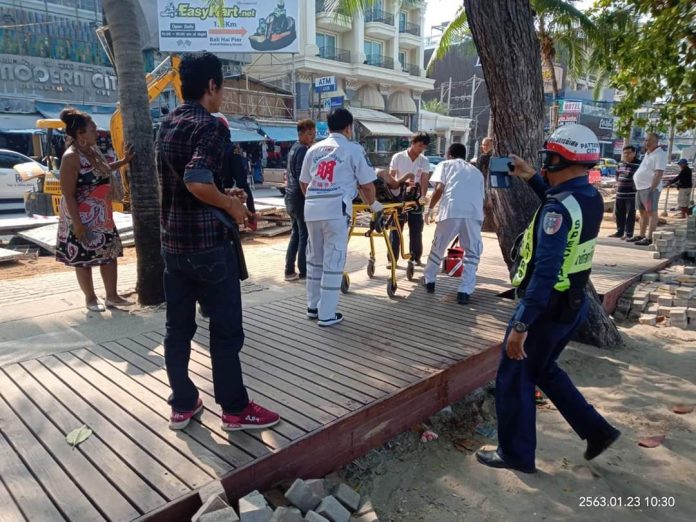 Pattaya City Law Enforcement reported that at 11:00 AM yesterday morning a 45 year old Thai man suffered serious injuries to his right leg after tripping on the sidewalk near a construction area not far from Mike’s Shopping Mall on Beach Road.

An iron bar had caused the damage to his leg, according to medical first responders.

Large sections of Beach Road are currently under construction for a drainage and cable management project that has been ongoing for several months.

Comments on Thai social media claimed many parts of the beach had dangerous spikes out in the open that were part of the construction and that bricks and other items were potential hazards for pedestrians. Some claimed that rickety bridges cross trenches of construction and that it was only a matter of time before someone was injured.

The man, who was not identified, was taken to a local hospital for treatment.