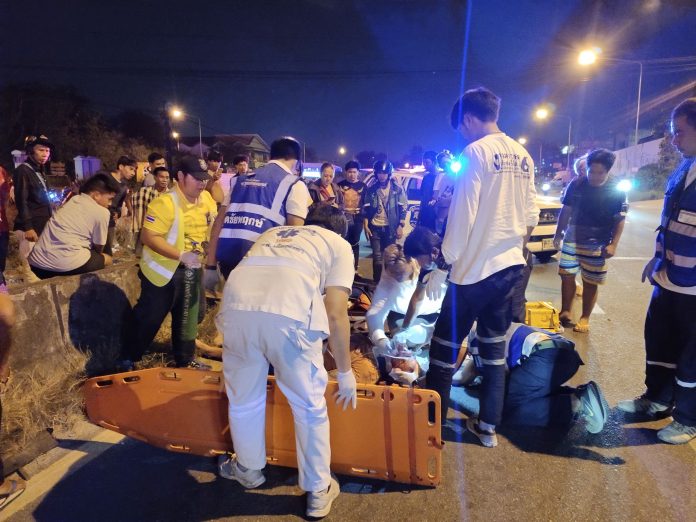 Pattaya –
A foreigner and two Thai nationals have sustained injuries after a motorbike collision in Pattaya last night.

Lieutenant Colonel Teetat Tarunjan of the Nongprue Police was notified of the accident near Tham Samakkee Temple.

Emergency responders and The Pattaya News arrived at the scene to find a damaged yellow motorbike.

A male foreign driver was found unconscious. He was bleeding heavily on the road. He had no identity on him and Pattaya Police are working to identify him.

Nearby, police found a female Thai passenger who had also sustained serious injuries.

On the side of the road police found another damaged black motorbike. A male Thai driver was crying with pain. They were all taken to a local hospital.

Witnesses told The Pattaya News that the black motorbike had immediately crossed the road in front of the yellow motorbike before the crash.

However, police are continuing their investigation and checking CCTV footage nearby for further legal action.