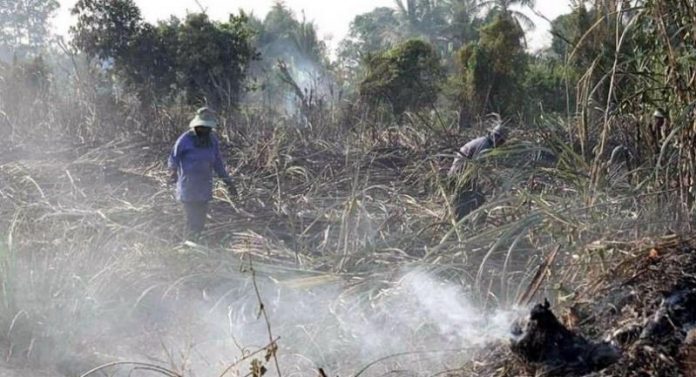 NAKHON SAWAN: Local sugarcane growers in this central plains province have been seen burning their fields at night despite authorities’ ban on the practice to curb smog.

Farmers say burning the fields before harvest saves money and time. Labourers prefer collecting burnt sugarcanes to fresh ones full of leaves, farmers say, and by burning the vast plantations across the province they avoid the long wait time for harvesting machines that are in short supply.

The practice of burning the fields at night is to reduce the likelihood of intervention by authorities, who banned field burning late last year in a bid to control hazardous fine dust. On Monday morning, the Pollution Control Department reported that the quantity of particulate matter 2.5 micrometres and less in diameter amounted to 65 microgrammes per cubic metre of air in Nakhon Sawan over the past 24 hours. The safe limit is at 50mcg.

The Pattaya News notes that many analysts feel the root cause of the air pollution is the seasonal burning, however, most admit it isn’t an easy problem to solve as many farmers have used burning methods for generations in Thailand. Expensive methods of harvesting that are better for the environment are out of reach of most Thai farmers and thus when faced with a decision between defying a ban and a loss of livelihood most will choose to defy the ban. 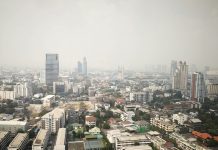