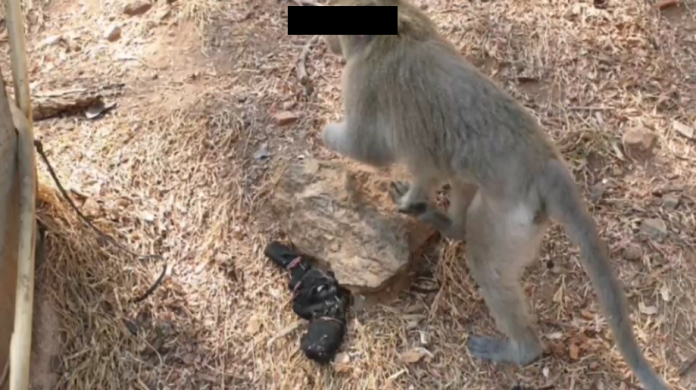 Chonburi –
A monkey in Chonburi was found carrying a real handmade handgun this weekend.

Mr. Saichon Silapajarn, 53, a food seller on Khao Sammmon who first saw the monkey told The Pattaya News “This area is very popular for tourists to come feed and see monkeys. I have been here for some time and first noticed the monkey carrying the gun thinking it was a toy. To my surprise, I discovered it was an actual firearm.”

“I threw a rock at the monkey before it dropped the firearm down.” Mr. Silapajarn added.

He then called police to check the weapon.

Police said it is a plastic handmade handgun that was loaded with actual bullets. The gun was in working condition.

Chonburi police believe the gun was dropped in the area and are investigating the incident.