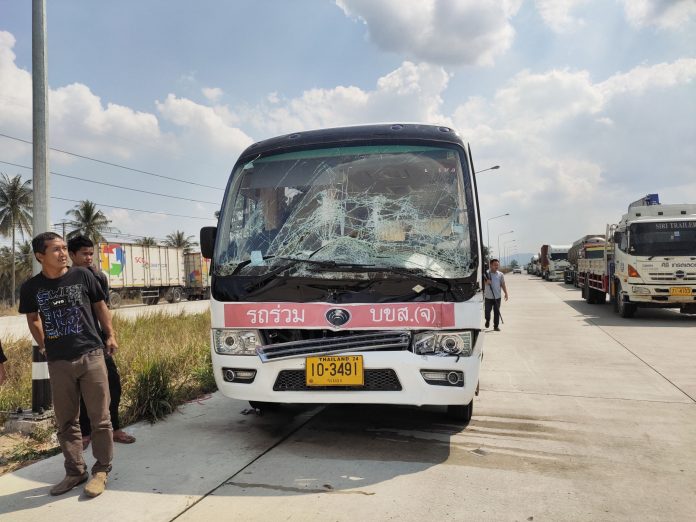 Bang Lamung –
Seven people have sustained injuries after a tour bus on the Bangkok to Rayong route slammed into a large truck in Bang Lamung late this afternoon.

Rescue workers were notified of the incident at about midday today on Road No. 36 in Huay Yai.

Emergency responders and The Pattaya News rushed to the scene to find the damaged vehicles on the road.

The driver of the tour bus was identified as 55 year old Somchai Najathong who had only superficial injuries.

There were 16 passengers inside the bus. Seven of them had sustained various injuries. They were taken to a local hospital. The names of the passengers were not immediately available.

The bus driver stated to The Pattaya News that the truck had braked without warning and that he was unable to avoid a collision. At this point the tour bus slammed into the back of the truck.

Pattaya police told the Pattaya News that they are continuing their investigation.