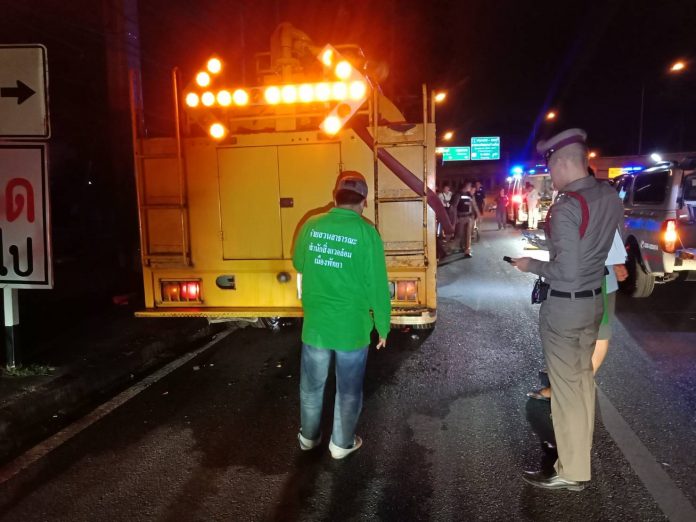 Pattaya –
A motorbike driver has died after running into a water truck in Pattaya early this morning.

Lieutenant Nattajak Lorchokanan of the Bang Lamung Police was notified of the accident at 4:30AM on Sukhumwit Road.

Police, emergency responders and The Pattaya News rushed to the scene to find a water truck that is owned by Pattaya City on the side of the road.

Nearby, they found the body of 41 year old Mr. Pisit Nilkham on the road. His damaged motorbike was found on the road. He is believed to have died instantly. He was not wearing a helmet.

54 year old Sripoe Sukjaroen, the water truck driver, told The Pattaya News that he parked the truck on the side of the road with all warning lights on to fill up water to a local business. He was not injured during the incident.

Mr. Nilkham was allegedly driving at high speed before running into the truck.

However, police are continuing their investigation for further potential action. They stated they believed the water truck driver was using proper safety standards during the incident.