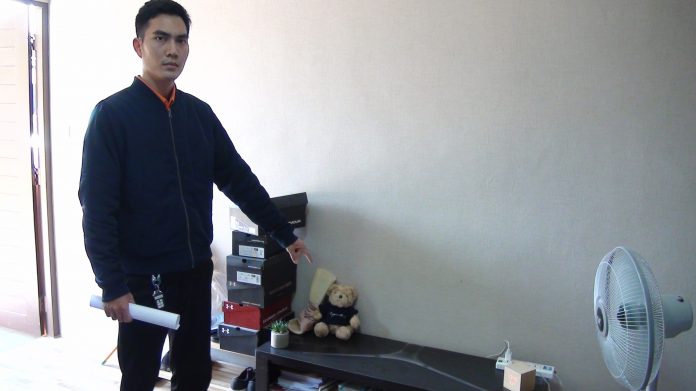 Bang Lamung –
Police are hunting for a thief who broke into a room and stole items valued at about 100,000 baht in Banglamung.

Mr. Ratchanon Boonchai, 29, told The Pattaya News that the incident happened on December 11 at his room in the Pattaya area.

He came home at night time from work when he discovered that his room had been broken into by force and torn apart.

He reported that a Mac Book Pro valued at 49,000 baht, a television valued at 30,000 baht and a Marc Jacobs watch valued at 3,000 baht had been stolen. Several smaller items were also taken.

He said anyone who can give a clue and lead to the arrest of the thief will get a cash reward from him. He asked that anyone with information call 095-185-4867.

He has also reported to police and filed an official police report and they are hunting for the suspect as well.